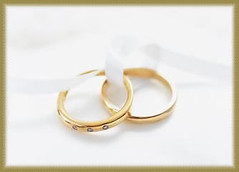 In 1969 the state of California passed the Family Law Act which became the bedrock of what is now called “no fault divorce.” By this legislation a divorce could be sought by anyone for what is termed as “irreconcilable differences.” Thus, like a raging wildfire, this new precedent spread throughout the nation such that, by 1983, every state in the union had adopted no fault divorce as its new legal standard (except for South Dakota, which capitulated in 1985). Thus, through mankind’s ascending wisdom and intellect, America was catapulted back into the same Pharisaical darkness that our Savior faced when He walked upon this earth:

Matthew 19:3: 3 Some Pharisees came to Jesus, testing Him and asking, “Is it lawful for a man to divorce his wife for any reason at all?”

For an “advanced” society, we haven’t gone very far, and this is quite evident when we compare our present day to the early church’s past. Most of the Jewish oral traditions held in Jesus’ day would necessarily supply an answer of yes to the above Pharisaical query. In fact, a Jewish man could divorce his wife if he found a woman who was prettier than she, or if his wife spoiled his dish (burned his meal). In modern terms we would call such menial matters – irreconcilable differences. These licentious attitudes of the past have been hatched once again in the present, and to such an extent that we now have a plethora of services that will help a person expedite a divorce as easily as one might have their taxes prepared; and so we have www.ourdivorceagreement.com, www.3stepdivorce.com/ and http://nofaultdivorceforms.com/nofaultdivorceforms/, just to name a few online services. It is ironic to consider that modern man, with all his technology and advancements, has only managed to fall back to his own sinful past.

So much for the ascent of man!

I would submit to you that mankind’s marital unfaithlessness serves as a sharp contrast to the Savior’s faithfulness as the Bridegroom of His church. You see, as Adam’s offspring, we continue to perpetuate his sinful failure as we ourselves transgress in his likeness. Paul expands on this reality in Romans chapter 5 when he calls Adam a type of Christ (by contrast), reminding us that Adam brought forth sin, death, and condemnation; but that Christ brought grace, justification, and life. Thus, humanity’s transgressions serve as an antithesis to Christ’s perfect righteousness. We all sin in the likeness of the offense of Adam and therefore, our natural lives are a living contrast to the Savior’s holiness and perfection. This is also true concerning mankind’s failures in marriage. For the natural man, marriage is merely a contractual agreement founded upon the expectation of one’s own comfort, safety, and pleasure. In this sense, many today are like the pagan Greeks and Romans of yesteryear who saw marriage as an opportunity for self-advancement and self-indulgence. But this is an antithesis to Christ who is our faithful and sacrificial Bridegroom. The Savior’s love is an infinitely gracious and giving love. We had nothing to offer Him whatsoever, therefore He saved us, not on the basis of deeds which we have done in righteousness, but according to His mercy (Titus 3:5). Thus, when Christ laid down His life for His elect bride, He did so with a sacrificial love for one who was horribly mangled by indwelling sin. In addition to this we see that the church, in all of her present imperfections and sins, is still beloved and kept for her faithful Husband (Jude 1). The church will someday be transformed into a state of perfection when she is permanently joined with her Bridegroom in heaven. Until then, His bride is faithfully kept for that wedding day upon no other basis than the grace, mercy, and unfailing love of Christ.

Here is the consummate hope of the church: that Christ is a patient, gracious and faithful Bridegroom. 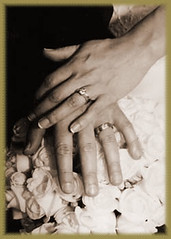 And it is this same principle of marital fidelity that is the true glory of any faithful marriage between a husband and wife:

Ephesians 5:25-27: 25 Husbands, love your wives, just as Christ also loved the church and gave Himself up for her, 26 so that He might sanctify her, having cleansed her by the washing of water with the word, 27 that He might present to Himself the church in all her glory, having no spot or wrinkle or any such thing; but that she would be holy and blameless.

Not only did Christ perform the painful deed that was necessary in order to procure the bride of His Father’s choosing (Ephesians 1:3-5), but He will return again in order to consummate this marriage in that perfect, heavenly union:

Revelation 19:7-9: 7 “Let us rejoice and be glad and give the glory to Him, for the marriage of the Lamb has come and His bride has made herself ready.” 8 It was given to her to clothe herself in fine linen, bright and clean; for the fine linen is the righteous acts of the saints. 9 Then he said to me, “Write, ‘Blessed are those who are invited to the marriage supper of the Lamb.’ ” And he said to me, “These are true words of God.”

Our faithful Bridegroom awaits that wedding day with passionate anticipation. His voice is filled with the tones of fidelity the likes of which no human could ever express. When the Lord promised that He would never leave us nor forsake us (Hebrews 13:5), and that He would be with His church always (Matthew 28:20), He gave His elect bride a foundation of hope that is built upon the immutable reality of His unfailing fidelity. And He longs for that heavenly wedding feast with such anticipation that He has promised not to drink of the fruit of the vine until that day when He drinks it anew with His bride in His Father’s Kingdom (Matthew 26:29).

He is a faithful husband – and that is our hope.

With these thoughts in mind, let us remember that when the Lord expresses His dreadful hatred for divorce (Malachi 2:16), He does so as the One who is the faithful Bridegroom of His elect bride. He will never leave nor forsake the people of His choosing – this is the oath of His mercy, grace and unfailing love.

With all of this in mind we are given a very sobering context for Christ’s words to His disciples when He taught them about the value and sanctity of marriage: ”what therefore God has joined together, let no man separate” (Matthew 19:6). It is important to remember that the Savior teaches us about the beauty of faithful love in marriage, being the perfect example of it in every way.