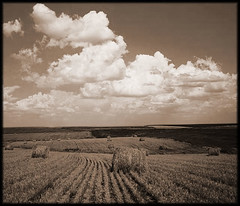 [Written on 10/5/06] From my earliest years as a believer in Christ I will always remember those first moments when I began to learn many rich songs, hymns and spiritual songs of the Christian faith. Every week presented another treasure trove of songs that were new to me, but were ancient by historical standards. As I began to discover the riches of these songs, I realized that their messages had meanings that often went far beyond my primitive knowledge of the Scriptures. In most cases these songs sparked my desire for a deeper understanding of God’s Word, especially when they employed theological terms and concepts that I had yet to understand. Amidst these rich experiences, I made a rather somber discovery one Thanksgiving season. I can’t remember what year it was, or how old I was in Christ, but I do remember the disturbing feeling that I had when I realized that one of the hymns that I enjoyed greatly actually had a rather dark and difficult message – it was the hymn, Come Ye Thankful People Come by Henry Alford. As a thanksgiving hymn I found that the tune, along with the opening verse, seemed to compliment the theme of the holiday. It had such a positive and joyful sense to it that one could just imagine a whole army of Christians marching joyfully together in honor of our victorious Savior. The opening line triumphantly commands believers to come to God’s own temple, come, raise the song of Harvest-Home! Yet, despite this powerfully joyful beginning there is a bitter irony that sets in with the next two verses:

2 All the world is God’s own field, fruit onto His praise to yield; Wheat and tares together sown, unto joy or sorrow grown: First the blade, and then the ear, then the full corn shall appear; Lord of harvest, grant that we wholesome grain and pure may be.

3 For the Lord our God shall come, and shall take His harvest home; From His field shall in that day, all offences purge away; Give His angels charge at last, in the fire the tares to cast, But the fruitful ears to store, in His Garner evermore.

These somber words were familiar to me, but I wanted to make sure that I understood their biblical foundation, so I quickly consulted Matthew chapter 13 for their context. When reading this text, from which Alford’s hymn is largely based, I realized that my internal feelings of conflict had to do with my own lack of Scriptural knowledge, and not the hymn itself. Alford’s hymn is a wonderful expression of thanksgiving to be sure, but it also reveals God’s holy judgment upon the impenitent. In a sense, Come Ye Thankful People Come poetically fixes our eyes 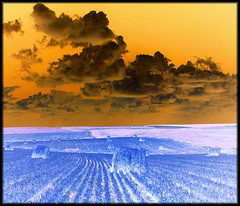 on the golden wheat of the redeemed against the dark backdrop of this world of tares. A theme such as this reminds us all that in that final day of the Lord’s judgment, the wicked will be excommunicated from God’s presence forevermore, while His own people will be free from sorrow, free from sin, there forever purified, in His presence to abide (v. 4).

Overall, Alford’s hymn is a joyful hymn, but this joy is not a frivolous or childish one. It is a joy that is contained within the reverence that is due to the Son of God who will in that day, all offenses purge away:

Psalm 2:11-12: 11 Worship the Lord with reverence, And rejoice with trembling. 12 Do homage to the Son, lest He become angry, and you perish in the way, For His wrath may soon be kindled. How blessed are all who take refuge in Him! 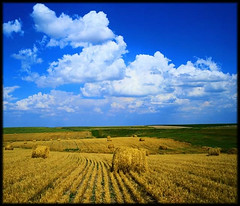 What Alford communicated in his hymn is a message that is all but lost in our modern culture, and it is this: there are only two kinds of people in this world – the wheat and the tares; the disciples of Christ and the impenitent. In the day of the Son of God’s final judgment, the hearts of men will be fully known. Then and there, the golden wheat of Christian discipleship will strongly contrast the dark deeds of those who practice wickedness; for His wrath will soon be kindled and when it is, it will be the excommunication to end all excommunication. In a culture that has all but eleminated the biblical practice of church discipline, there is a great need to call the church back to the pursuit of purity. Those who advocate a tare-sensitive “ministry” and thus garner those whose appetites are set upon personal pleasure and designer theologies are only doing the work of the enemy. The statistics of their efforts may be very impressive, but the substance of what they are doing is only fuel for the fires of God’s final judgment. Let us therefore be encouraged and warned by Alford’s hymn. Let us be warned against the error of having a tare infested church that cares little for the holiness of God. Let us also be encouraged that despite the church’s present imperfections, the Lord will someday come and take His harvest home:

4. Even so, Lord, quickly come, To Thy final Harvest-Home! Gather Thou Thy people in, Free from sorrow, free from sin; There forever purified, In Thy Presence to abide: Come, with all Thine angels, come, Raise the glorious Harvest-Home!