A Very Serious Error in Judgment 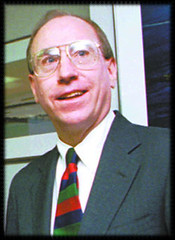 It is always interesting to listen to people when they speak of sin. Depending on who’s doing the speaking, the assessment of any transgression can range from being wonderfully biblical to that which is satanically repugnant. Take for example the recent Mark Foley scandal. Much attention has been given to his electronic communications with under-aged pages who labored under his leadership. Of course the liberal-mainstream media is using this to their political advantage while most Republicans have expressed their repulsion over the fact that Mr. Foley sought to be a predator towards a handful of minors serving in his office.

But hold on for a second. What is actually sinful here? Is it a problem of pedophilia? Is it a problem of failed communication between the House Speaker and those who had concerns about Mr. Foley years ago? Is it the professional misconduct of a superior trying to have a sexual relationship with a subordinate, or the gross vocabulary of the e-mails themselves? I would submit to you that the problem existed long before the eruption of this scandal itself; long before the feigned righteousness of the Democrat and Republican parties ever arrived on stage. If Mark Foley is guilty of anything, he is guilty of being a sexual pervert. This was the case before he was found cavorting with younger men on the internet. Mr. Foley’s transgression is rooted in his un-natural desire for sex with other men, something the Bible calls an abomination:

It is amazing to see how people are upset over the fact that these pages were under-aged; does this mean that Mr. Foley’s actions would have been acceptable if they were legal adults? Absolutely not. Homosexuality is an utter abomination in the eyes of God – a clear perversion of what the Lord created. Homosexual pedophilia is an abomination of abominations. In the end, it is all a damnable abomination. Sadly, the task of convincing others that homosexuality is a repugnant sin is like trying to convince a child that gasoline is dangerous. A child can either accept your word that it is dangerous, or they will be fools and choose to play with the lethal substance, against wise counsel. For the children of God, His word is enough on the matter; but for the children of wrath, they would rather play with fire, and right now, many in the Republican party have chosen to toss this burning coal from one hand to the next. Unfortunately, homosexuality is much more prominent within the Republican party than many will suspect (it’s a sad day when I can agree with a liberal on anything, but over this matter I tend to agree). The Republican leadership knew that Mr. Foley was a homosexual. It was a matter that they were willing to ignore until it blew up like a fireball in their face.

That’s what you get when you play games with things that are under God’s judgment.

Now lest you think that my focus is to beat up the Republican party, know this: the Democrats are still outdoing their foes in the area of hypocrisy – and with an Olympic stride. As the Democrats continue to scream for the resignation of the House Speaker, there is this odd shadow of contradiction which looms over them – a shadow that the liberal-mainstream media pretends doesn’t exist. It is the dark shadow of Mr. Gerry Eastman Studds who, in July of 1983, was censured by the House of Representatives for his sexual relationship with a 17 year old male congressional page. His legacy is said to be that he was the “first openly gay national politician.” Translating that into biblical language: he was the first openly perverted national politician. The fact that he committed the sin of pedophilia just added to the heap of his perverted lifestyle. Though Studds was censured for his actions, he was given a standing ovation in his home district and was subsequently re-elected to five more terms in office. While the news media has been happy to beat the Foley drum as loudly as possible, the Studds story has been strangely forgotten. In fact, his story has been well hidden throughout this Foley scandal until this morning, when 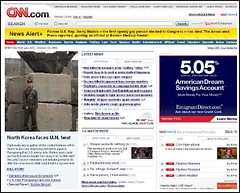 something happened that not even the liberal media could avoid covering – Mr. Studds passed away. Now in mentioning the man’s death, I have no desire to make light of it. It is a grave moment when a soul passes from this life to eternity – especially when there is no hope that he will enter into the presence of the Lord. But the sad irony of it all is that the media was able to hide the debacle of this man’s sinful life, even amidst the Foley scandal, until his story could be avoided no longer. CNN’s News Alert was so brief, and their official report on him was so short, that if you blinked, you would have missed the entire thing. Despite the problems found in the Republican party’s handling of the Foley scandal, the Studds debacle makes the Democratic party look like a bunch of contented para-pedophiles.

In the end, what strikes me about his story is that when Mr. Studds was censured he said that his relationship with the under-aged congressional page was inappropriate and was a “very serious error in judgement.” A response like this is both amazing and sad. When a man can transform biblical words like perversion and abomination into a “serious error in judgement” – then you have a man who is heavily steeped in his sin and deception.

Calling homosexuality (and pedophilia) a mere error in judgement is, in itself, a scandal. But rest assured that in the final judgment of God, there will be no error in His judgement…none whatsoever.