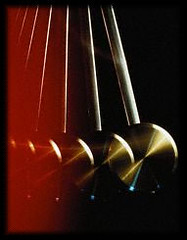 Over the years I have advanced the argument that classic Arminianism and Hypercalvinism are guilty of the same root error – human reason. I often think of these contrasting views as being illustrated by a pendulum that hangs at rest, but is then knocked out of balance by human imposition. As the pendulum hangs straight down, it represents sound doctrine from God’s Word. When it is struck on one side, it sways from the biblical middle and strikes the side of error – as in the case of Arminianism: unwilling to accept the absolute sovereignty of God in all things, the Arminian seeks to impose his man-centered arguments in order to establish a system of doctrine that seems to be more reasonable in his view. Believing that he is helping matters, he creates an imbalance in defense of his presumptions about human freedom and the nature of God’s sovereignty. When the pendulum is struck from the other side, it swings to the extreme of the Hypercalvinist whose agenda is to systematize God’s sovereignty in such a way that he resultantly wreaks havoc upon the truths concerning man’s personal responsibility and culpability as a sinner. What he fails to see is that his system of doctrine is also the result of human reason which takes the balance of doctrine to an opposite extreme – an extreme that is no better than that of the Arminian. 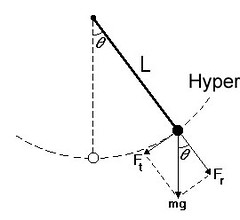 It is in this line of discussion that I would like to mention the teaching of Eternal Justification, which is typically found in the camp of Hypercalvinism. Briefly put, Eternal Justification argues that the elect of God receive the actual application of Christ’s righteous merit from before the foundation of the world. In other words, their argument goes beyond the thought of God’s decretive will by advancing the idea that Christ’s merit is actually applied before the sinner is ever born, or ever believes by grace. As a result of such thinking many have slipped into the following errors which often accompany certain strains of Hypercalvinism:

1. The belief that the Chrsitian’s justification makes it unnecessary to confess sin and ask for forgiveness.

2. The belief that it is wrong to ever question the validity of one’s faith in Christ.

3. The advocacy of antinomianism.

Overall, the doctrine of Eternal Justification tends to overemphasize the implications of God’s decree over the reality of His providence in history. This position will often take texts like Romans 8:29-30 beyond the scope of what it is teaching:

In the system of Eternal Justification, Paul’s use of the aorist verb is thought to support the idea that the believer receives the actual application of Christ’s merit from before the foundation of the world. However, Paul’s repeated use of the Aorist tense throughout these verses should remind us that he is giving instruction about the surety of God’s electing decree, rather than the outworking of His providence. Thus, by the certainty of God’s eternal decree the elect are said to be foreknown, predestined, called, justified and glorified. Now the observant student of Scripture should note that while the Christian is presently foreknown, predestined, called, and justified, he is however not yet glorified. Glorification is a future reality of which the Apostle already spoke in this same chapter:

Romans 8:18: 18 For I consider that the sufferings of this present time are not worthy to be compared with the glory that is to be revealed to us.

Thus, it should be clear that since Paul recognized that in the outworking of God’s providence the Christian is not yet glorified, his use of the Aorist tense in Romans 8:29-30 refers to the infallible surety of God’s eternal decree. Puting it another way, the certainty of God’s decree enables Paul to speak of all aspects of our salvation as a completed reality – even when speaking of the sinner’s future glorification. But there is a great difference between speaking of the certainty of God’s decree versus the reality of His providence. In the case of providence, the language of our justification is quite different:

Romans 5:1: 1 Therefore, having been justified by faith, we have peace with God through our Lord Jesus Christ…

In this text Paul clearly helps us to understand that our justification was actually applied by means of faith (which itself was a gift of God’s sovereign grace given to us in time). In other words, there was a time when we, the elect of God, were dead in our trespasses and sins (Ephesians 2:1-2) and were counted as the children of wrath (Ephesians 2:3); we were once foolish, disobedient, deceived and enslaved to various lusts and pleasures (Titus 3:3-5) such that the Lord exercised patience towards us in view of our wickedness (1 Timothy 1:12-16, 2 Peter 3:1-15). And how important are these truths? Well, Paul had a habit of reminding us of our former state for the sake of our compassion on the lost, as he did in Titus 3:

Titus 3:1-2: 1 Remind them to be subject to rulers, to authorities, to be obedient, to be ready for every good deed, 2 to malign no one, to be peaceable, gentle, showing every consideration for all men.

Clearly, we need to remember that lost sinners have yet to receive the application of Christ’s righteousness through faith, along with all other aspects of God’s saving and sanctifying grace – just as we did in the outworking of God’s providence. We also need to remember that we cannot know who the elect are. Their behavior, as it is now, is no different from our own before we were saved. We’re fools if we can think for a moment that we can tell who are Christ’s elect sheep before they are saved. Hence, we find a great biblical balance in all of the passages which speak of God’s decree and His providence. We must remember that the texts which teach us about the immutability of His decree are just as necessary as those texts which remind us of God’s providential work in time. All of these texts are necessary, for they keep us from precariously oscillating away from God’s truth!