Our Devotion to History 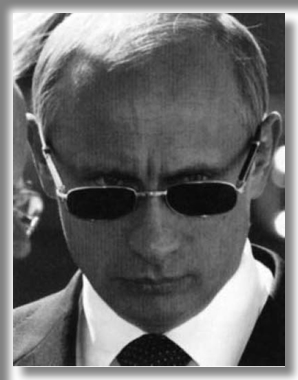 America’s devotion to the subject of history consists, not of knowing history, but of repeating it.  I am convinced our nation’s foreign policies are dangerous for the express reason that they are often fraught with the worst kind of historical ignorance.  For example, policy makers are now insisting that the words Islamic Terrorist should not be used together, because to them it seems implausible that the words Islam and terrorism should be so conjoined.  By such a protestation, we see evidence of an illiteracy concerning the bloody trail that flows from the hands of the true followers of Muhammed.  Instead, Pentagon officials should draft a policy that would reconsider using the words government intelligence in the same breath.

More recently, we see the evidence of our short term memories in view of Russia’s advancement into Georgia.  In the wake of this historical repeat of Russia’s aggression, many have praised Secretary of State Rice’s “strong words” where she said: “This is not 1968.”  On the one hand, I agree: it’s not 1968 – it’s 2008; however, if her point is that history cannot repeat itself in Georgia, then she is already wrong.  Consider this 1968 BBC report on Russia’s deception as it entered into Czechoslovakia:

“Dozens of people have been killed in a massive military clampdown in Czechoslovakia by five Warsaw Pact countries.

Several members of the liberal Czechoslovak leadership have been arrested, including Prime Minister Alexander Dubcek.

The Soviet news agency, Tass, claims “assistance” was requested by members of the Czechoslovak Government and Communist party leaders to fight ‘counter-revolutionary forces.’

But in a secret radio address, Czechoslovak President Ludvik Svoboda condemned the occupation by Warsaw Pact allies as illegal and committed without the government’s consent.”

May I be so bold as to suggest that Prime Minister Putin is pursuing Georgia with the 1968 playbook in hand, and that history is already being repeated – at least in part?  I offer you this piece from the New York Post as an excellent description of how we, the West, have been left dumbfounded through our gross historical illiteracy:

A CZAR IS BORN:

…This is intelligence work at the hall-of-fame level. (For our part, we had all the intelligence pieces in our hands and failed to assemble the puzzle.)

On the military side, the months of meticulous planning and extensive preparations for this invasion were covered by military exercises, disingenuous explanations – and maskirovka, the art of deception the Red Army had mastered. The Russians convinced us to see what we wanted to see.

Equally as remarkable was the Kremlin’s ability to lead the global media by the nose. (Oblivious to the irony, a BBC broadcast yesterday portrayed tiny, poorhouse Georgia as a propaganda powerhouse and Russia as an information victim – an illustration of the Russian propaganda machine’s effectiveness.) From the start, every Russian ministry was reading from the same script (try to orchestrate that in Washington). Breaking off his phony play date with Bush in Beijing, Putin rushed back to the theater of war.

Upon arrival, he publicly consoled “refugees” who had been bused out of South Ossetia days in advance. Launching the war’s Big Lie, Putin deployed dupe-the-rubes code words, such as “genocide” and “response.”

Wearing his secret-policeman’s stone-face, Putin blamed Georgia for exactly what his storm troopers were doing to the Georgians. And lazy journalists around the world served as the Kremlin’s ad agency.

“…lazy journalists around the world served as the Kremlin’s ad agency.”  Well stated.  What mystifies me is the general sense of surprise that overcomes the masses when such predictable events occur.  As the oft quoted expression goes:  “Those who cannot remember the past, are condemned to repeat it.”

Sadly, this is our devotion to history – the devotion of repeating, rather than knowing.

10 Is there anything of which one might say, “See this, it is new”? Already it has existed for ages Which were before us. 11 There is no remembrance of earlier things; And also of the later things which will occur, There will be for them no remembrance Among those who will come later still.