The Commercialization of Science 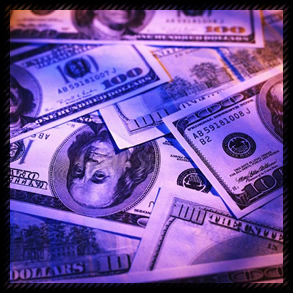 One of the most important but little known chapters in Michael Behe’s book Darwin’s Black Box is the eighth chapter, entitled Publish or Perish.  I say most important because Behe says things there that are not said enough: that modern/secular science is much more of a commercial industry than anything else.  Those who want to “make it” within the scientific community of the modern age must sing the Darwinian National Anthem  with mindless devotion or face permanent exile.  This attitude is becoming more prevalent in a culture which disdains anyone who would dare to question Darwin’s general and special hypothesis of evolution.  All of this is quite ironic since there is no scientific proof that genetic mutations yield an increase of information in the genome in question.  Until such evidence can be given, evolution remains, at best, a strained hypothesis; and we are thereby left to our imagination about how a T-Rex can transform into a chicken, how cows morph into whales – and while we’re at it, why unicorns can fly (speaking in the realm of mere hypothesis).  In the realm of physics, and even mystical physics, we have the same dilemma.  Take for example string theory.  Most traditional physicists would agree that such a “theory” is not the product of empiricism and must be relegated to the realm of unproven hypothesis.  String theory may be true, but because it lies outside of the realm of direct observation it could never be absolutely proved, or disproved – i.e., a hypothesis.  But this won’t stop some scientists from claiming that string theory is absolute science.  Nor will it stop men from using such mystical physics in the commercial industry of modern research.  Case in point – watch the short video below and note how Michio Kaku, author of “Physics of the Impossible,” explains how it was necessary to sell CERN’s Large Hadron Collider (LHC) through the use of creative marketing and exaggeration.  I can at least appreciate his honesty.

What is always striking, in such examples as these, is the unmitigated arrogance which attends those who suppose that they can “find God” with a manmade machine.  Sadly, this is the world in which we live.  As they say – Publish or perish.

*Hadron is the nominative English transliteration of the Greek word ‘adrotes > ‘adros – meaning something that is thick, well-grown or abundant.