Sin Not Leading to Death 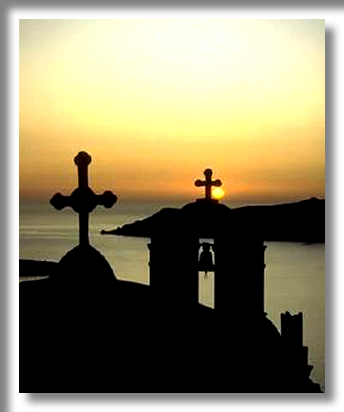 1 John has been a rich preaching and devotional experience for me.  Despite its small size, it is a massive treasure chest full of God’s riches regarding the truths of salvation, preservation, and sanctification.  Now that I am coming to the close of this wonderful epistle, I find that John provides a very interesting instruction regarding prayer.

14 Now this is the confidence that we have in Him, that if we ask anything according to His will, He hears us.

16 If anyone sees his brother sinning a sin which does not lead to death, he will ask, and He will give him life for those who commit sin not leading to death. There is sin leading to death. I do not say that he should pray about that.

17 All unrighteousness is sin, and there is sin not leading to death.

18 We know that whoever is born of God does not sin; but He who has been born of God keeps him, and the wicked one does not touch him.

This text has presented some long-standing challenges for expositors throughout the years.  When surveying commentaries on this subject, I find that too many fail to address the broader context of verses 16 & 17; as well I find that not enough expositors delve into the text very well, and as a result some will merely assume that John is speaking of physical death and life without explaining why they think that this is so.  However, one must wonder what John would mean if he is indeed speaking in physical terms alone: “If anyone sees his brother committing a sin not leading to [physical] death, he shall ask and God will for him give [physical] life to those who commit sin not leading to [physical] death.”   Why would a Christian pray for physical life for someone who is not sinning unto physical death?  It should be evident that John’s symmetry of thought is in fact spiritual, as Simon Kistemaker points out in his analysis of 1 John 5:16-17:

“What is the meaning of the word death?  In addition to 5:16, where it occurs three times, the word appears twice in 3:14: ‘We know that we have passed from death to life, because we love our brothers.  Anyone who does not love remains in death.’  John is not thinking of physical death.  Rather, he is referring to spiritual death.  He contrasts death with eternal life (3:15) to set apart the believer, who possesses this life, from the person who denies that Jesus is the Son of God (2:22-23) and who hates the believer (3:13).” New Testament Commentary, 1 John.

I agree with Kistemaker that the notion of spiritual death/life is much more in keeping with John’s overall theme in the epistle, and it is in closer keeping with the Apostle’s immediate development concerning assurance and prayer:

14 Now this is the confidence that we have in Him, that if we ask anything according to His will, He hears us.

16 If anyone sees his brother sinning a sin which does not lead to death, he will ask, and He will give him life for those who commit sin not leading to death. There is sin leading to death. I do not say that he should pray about that.

17 All unrighteousness is sin, and there is sin not leading to death.

18 We know that whoever is born of God does not sin; but He who has been born of God keeps him, and the wicked one does not touch him.

As Christians, we have a real hope (v. 13) in view of our faith in the One who keeps us and preserves us from the evil one (v. 18).  Because of this, we have a real assurance (v.13), confidence (v.14), and knowledge (v.15) because we know that the Lord hears our every petition, the greatest of which was our petition for the mercy of forgiveness and salvation, and therefore we are assured that He secures us in the Beloved One, Jesus Christ.  These contextual considerations are, frankly speaking, unavoidable.  I would suggest that anyone who approaches verses 16-17, apart from such a context, would be in great danger of missing the Apostle’s broader point.   Ultimately, John is teaching believers how they ought to pray for other brethren (v. 16a.  “If anyone sees his brother committing sin…”).  Therefore, when Christians sin, it must be remembered that such sin is not unto apostasy, or spiritual death (eternal condemnation).  Thus, John’s mention of “sin unto death” is designed to establish an important contrast between the child of God and the reprobate.  Calvin secures this same important observation:

Calvin (Commentaries, 1 John 5:16):  “There is a sin unto death. I have already said that the sin to which there is no hope of pardon left, is thus called. But it may be asked, what this is; for it must be very atrocious, when God thus so severely punishes it. It may be gathered from the context, that it is not, as they say, a partial fall, or a transgression of a single commandment, but apostasy, by which men wholly alienate themselves from God. For the Apostle afterwards adds, that the children of God do not sin, that is, that they do not forsake God, and wholly surrender themselves to Satan, to be his slaves. Such a defection, it is no wonder that it is mortal;* for God never thus deprives his own people of the grace of the Spirit; but they ever retain some spark of true religion. They must then be reprobate and given up to destruction, who thus fall away so as to have no fear of God.”

Calvin is correct, I believe, when he reveals John’s polarity of thought.  Believers do not forsake God (sin unto death), and thus their sins, though still grievous, can never lead to apostasy.  When we consider the application of John’s teaching about prayer, coupled with his description of the believer’s true assurance in Christ, we find that John is giving us an instruction on prayer which curbs judgementalism – which is a fitting capstone to an epistle that is filled with critical tests for assurance:

Calvin (Commentaries, 1 John 5:16):  “The Apostle in the meantime exhorts us to be mutually solicitous for the salvation of one another; and he would also have us to regard the falls of the brethren as stimulants to prayer. And surely it is an iron hardness to be touched with no pity, when we see souls redeemed by Christ’s blood going to ruin. But he shows that there is at hand a remedy, by which brethren can aid brethren.”

The entire epistle of 1 John is indeed filled with several tests that are useful for evaluating fruit in the lives of the children of God and the children of the devil.  These lists are needful, but in the wrong hands they can be used as an instrument of cold judgementalism.  If we know that we are praying for a brother (which is the premise of John’s instruction), then we ought to pray in the proper context of a believer’s need.  As Christians, our need is the abundance of Christ’s life and power in order to overcome sin.  It is this spiritual life that all Christians possess in regeneration and in our progressive sanctification, and it is this life which dwells in us through the person of the Holy Spirit.  However, when we sin, we quench the Spirit (1 Thess. 5:19), thereby diminishing the influence and vitality of life (zoe) within us. But remember, thought the vitality of spiritual life may be partially quenched at times, through sin, the believer never sins unto spiritual death via apostasy.  This, no doubt, is why John says:

1 John 5:16c:  There is sin leading to death. I do not say that he should pray about that.

What might seem to be an obscure statement within some interpretive constructs, is readily clarified in view of John’s description of the believer’s security.  When we are praying for a true brother who is struggling over sin (v.16a), we are not to judge them harshly by praying for them as though they were an apostate.  Again, Calvin hits the nail on the head when he observes the Apostle’s call to compassionate petition:

Calvin (Commentaries, 1 John 5:16):  “And when the Apostle recommends sympathy to us, he at the same time reminds us how much we ought to avoid the cruelty of condemning our brethren, or an extreme rigor in despairing of their salvation.”

The epistle of 1 John does in fact give us a vast list of tests for evaluating fruit.  Such lists are needful in order to evaluate potential self-deception; the reality of false brethren; as well as the deceptions of false teachers.  However, if we were to treat this list of tests without personal evaluation and humility, we could become like the Pharisees who went about testing others with a cold spirit of judgementalism, pride, and arrogance.  I believe that it is no wonder that John gives us this important and humbling call to prayer for others – remembering that we all struggle and battle with sin on a daily basis (1 John 1:8-10).

*Note:  Calvin’s use of the expression “mortal sin” is in reference to his earlier discussion of Rome’s view of venial and mortal sin.  Mortal sin is a reference to sins which lead to eternal condemnation.  Calvin rebukes Rome’s distinction of venial (i.e., tolerable sins) and mortal (i.e., intolerable sins) by reminding the reader, that all sin is intolerable in the eyes of God and is therefore mortal (worthy of eternal condemnation); therefore, if it were not for Christ’s shed blood and salvation in the life of any sinner, all would sin unto death.