A Grouchy Disclaimer Regarding Facebook:  Some time ago I received an e-request to sign-up for the popular website called Facebook.  This was initiated by someone that I know personally, and the purpose for the request was so that I would be able to see pictures of this individual, along with his family.  Reluctantly, I signed up as one who is not much of a fan of such things.  In fact, let me admit right here and now that I am the official e-curmudgeon of all such personal e-sites – a veritable Grinch, green skin and all.  Yet despite my worst complaints and criticisms, I have found that it has afforded some helpful contact with various people.  As the website grows, more friends from the past will be able to connect and keep in touch in time.

Yes, I’ll admit it – my appreciation for Facebook is growing a little.

But I do have some points of minor caution regarding this new e-tool.  One thing that still makes me uncomfortable is this concept of having “friends” of whom I have no personal knowledge.  Like any other biblical concept, friendship is a very important one, and let us remember that it doesn’t take much to diminish the meaning and significance of words – words like friend, or righteous, or even the word awesome.  For example, in our modern culture the terms righteous and awesome have become synonyms for something that is considered to be “cool.”

Such is the plight of modern society.

Let me suggest to the reader that we who are Christians have a mandate from God to preserve the meaning of language, especially as it relates to God’s Word.  Particularly in 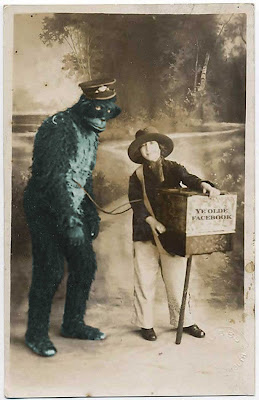 this relativistic, post-modern culture of ours, we should be uniquely careful about this matter of upholding the meanings of such key words.  For example, concerning our word in question – friend, we are commanded not to be the friends [philos] of this world (James 4:4).  Jesus said: “you are my friends [philoi] if you do what I command you,” and as well, “greater love has no one than this, that one lay down his life for his friends [philon]” (John 13:13).  Above any other friendship that we might claim, our friendship (loving affection) with the Lord is the sine qua non of the Christian experience, such that “If anyone does not love (philei) the Lord, he is to be accursed” (1 Cor 16:22).

In the N.T., the Greek word philos is a word which speaks of the tender affection, love, devotion, and care that is attributable to the relationship between family members or even of close friends.  Unfortunately, most English translations of the Bible will also use the word “friend” for the Greek word hetairos which actually means an associate – which can connote a very close or remote idea, depending on the context.  Thus, when Judas came to betray Christ, Jesus said to him: “Friend (hetairos) do what you have come for” (Matt 26:49-50); and in the parable of the Marriage Feast (Matt 22:1-14) the man who attempted to enter the King’s presence without the prescribed wedding clothes was called hetaire (NASB – “friend”) before being bound hand and foot and being cast out “into the outer darkness; in that place there will be weeping and gnashing of teeth.”

If I could have my own way on this matter, based upon the language of Scripture alone, my Facebook account would have levels of “friends” to comport with the layers of thought presented within the words – philos and hetairos:

1.  Friends who are believers that I know personally and trust explicitly by observance of their life, words, and actions [philos].

2.  Friends who are believers that I have known personally in the past, who I still trust implicitly [philos].

3.  Friends who are e-acquaintances, whose testimonies of faith I trust implicitly [philos].

4.  Acquaintances of the most general kind who, for all I know, could be a James, John, or a Judas [hetairos]. 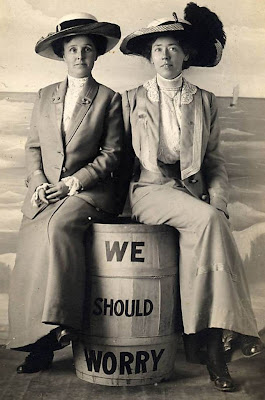 The reality is that it is hard enough to know well the people with whom we have direct contact on a regular basis.  Christian accountability within the local church is difficult enough as it is, and I would submit that developing genuine friendship relationships is becoming increasingly difficult in time.  In reality, e-friendships belie the depth of genuine accountability that we really need, and the folks at Newsweek even understand this.  My only goal here is to avoid shallowness, rather than exalt it.  The world has enough such shallowness and we all need to work against such trends without developing a hard heart.  Thus, I submit this as my official Facebook disclaimer: should I ever fail to “accept” someone as a Facebook friend, this may be that I am just generally slow with such things.  In other cases, I may have reviewed the requestor’s information and found something uncertain or even questionable.  I might add that If you ever find something ambiguous or questionable about what I have listed about myself, then please feel free to query the matter; or if you ever visit my facebook account and find associates there who have questionable lives/testimonies – please let me know.  I want to be generous, not foolish.  I’m not a perfect man myself, nor do I claim to be, but neither do I want to exalt sin so that “grace might abound” – may it never be (Romans 6:1-2).