The Windmills of Modern Science 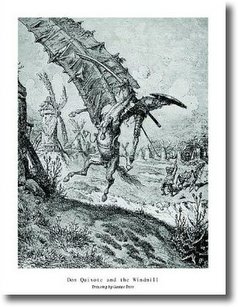 I remember my senior year of college, when I was completing a B.S. degree in physics. In that year I sensed the Lord’s calling in my life to enter into pastoral ministry. It was a unique time because while I was completing my Analytical Mechanics and Quantum Mechanics classes, I was also taking a New Testament course on the book of Romans at a local seminary just to get a jump start on my studies at the Master’s Seminary in the fall. During that time, I often wondered how the Lord might use my love for science in the ministry; particularly my studies in physics. Well, much to my surprise, I have been able to incorporate some of my studies in my teachings, when appropriate. After all, the Lord’s invisible attributes, His eternal power and divine nature, have been clearly seen, being understood through what has been made, thus I have always viewed the science of physics as being an empirical investigation of God’s glorious handiwork of Creation. In fact, I would submit to you that this is the truest definition of scientific study – using empirical analysis in order to view God’s glory in all that He has made. Such “study” is certainly biblical, and truly scientific:

Isaiah 40:26: 26 Lift up your eyes on high And see who has created these stars, The One who leads forth their host by number, He calls them all by name; Because of the greatness of His might and the strength of His power, Not one of them is missing.

The Lord uses His creation to teach us important principles; He even commands us to lift up our eyes in order to see His glory in all that He has made. I submit to you that this is the best of all science – it is empirical science, that is, a science which requires our direct observation and analysis, rooted and grounded in the truth of His Word. I keep repeating 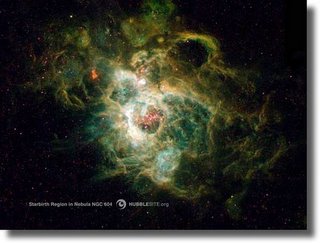 the word empirical for an important reason. True science is empirical by nature, meaning that it is a body of information that can be verified based upon direct observation. If you open any introductory science book, they will affirm that this is the crucial foundation for all scientific study.

Thus, if you can’t test something in reality, then you are only dealing with a theory.

This important axiom is rapidly being buried by many “scientists” in our modern day. Particularly in the areas of cosmology and biology, the golden key of empiricism is being buried six feet under in the lock box of modern science. And why is this so? Because a great deal of empirical data is actually contradicting much of the theoretical “science” of our modern era. Particularly with the unsupportable theories of evolution, and the origin of the universe, we find that many “scientists” are perfectly content to throw out any empiricism that challenges those theories that have become the idols of our present day. This truth was darkly illustrated for us all late last year in the debate over “Intelligent Design”:

U.S. District Judge John Jones ruled that teaching “intelligent design” would violate the Constitutional separation of church and state. [he said] “We have concluded that it is not [science], and moreover that ID cannot uncouple itself from its creationist, and thus religious, antecedents…To be sure, Darwin’s theory of evolution is imperfect. However, the fact that a scientific theory cannot yet render an explanation on every point should not be used as a pretext to thrust an untestable alternative hypothesis grounded in religion into the science classroom or to misrepresent well-established scientific propositions.” U.S. District Judge John Jones. [from CNN API New Report]

Did Judge Jones say the word untestable? Absolutely he did. Now that’s interesting. Of course, the man is not a scientist, but at least he understands something about empiricism, which demands that any theory should be tested by direct observation.

Based upon his brilliant observation here we should also reject the untestable hypothesis of evolution and the big bang too. After all, exactly what empiricism is there to prove the existence of the supposed “transitional” forms between apes and men? Or where is that rock solid, observational data that proves beyond a shadow of a doubt that matter has always existed; or that it came into existence through a “rupture” in our present dimension of space? Oh yes, I’m all for empiricism. If only the “scientists” of our modern era could be honest advocates of it too.

Brethren, when a so-called “scientist” confidently asserts to you that men evolved from apes, or that the Universe self-evolved through a cosmic big-bang – feel free to ignore it all. This is not science. Of course, when we consult the Scriptures we see that man was uniquely created by the hand of God out of the dust of the earth; and that the present heavens and earth were created in six days – ex hihilo (out of nothing) by the powerful Word of the Lord (Genesis 1, Psalm 33). But should we endeavor to conduct any scientific research concerning the origins of man, and the universe, then we would find a host of problems. You see, our best attempts to empirically study our world are greatly hampered by the very fundamental problem of the lack of empiricism, and here’s why: when a scientist conducts empirical analysis, he must be able to establish the differential of his data. For example, if you wish to investigate the properties of a substance that is heated to150 degrees Fahrenheit, then you must make two measurements of the substance – 1. the initial temperature and then 2. the terminal temperature determined to be 150 degrees Fahrenheit. The time and energy required to take this substance from one state to another then becomes a part of your empirical evaluation. This same concept of empiricism is essential if one wishes to “scientifically” examine the origins of man and Creation. In such a study we would need an initial state and a final state of analysis if we wish to do “real” science. But there is a great problem here:

Job 38:4: 4 “Where were you when I laid the foundation of the earth? Tell Me, if you have understanding,”

The Lord’s question given to Job is really the question. I like to think of this as the Lord’s science quiz for Job: “Where were you when everything began?” Answer: he was nowhere, except in the mind of God.

So much for empirical science here.

But it gets worse. When we consider our need for initial states, in order to have a proper scientific evaluation, then we find that our study of the origins of the earth, and man, are severely challenged. You see, the Universe, along with mankind, does not have one initial state, but rather two because of the fall. And even the earth itself has not one initial state, but three:

The third initial state for the earth was established by the deluge (a future post will provide more detail). Thus, when we consider our need for direct observation (via initial states), we see that we are left with precious little for scientific research. Not only were we not there at the initial creation (Job 38:4), but we were not there (observationally) at the fall, nor at the deluge of the earth. Every one of these initial states has an impact on what we may try to observe in the present heavens and earth. Just imagine trying to do bomb damage assesment on the first of 40 nuclear bombs dropped at one site – the damage of the subsequent 39 bombs would all but obliterate the evidence of the first; again, we have the problem of observing initial states. All in all, it is enough to say that much of what is presented as science in the present day is nothing more than an imaginary battle with windmills.

As always, and to no surprise, God’s Word is all that we need in order to learn about these important events of which no one personally observed but God Himself, His angels and (later) those who perished in the flood.