Interpreting the Message of Homosexuality, Part III – A World of Effeminate Men 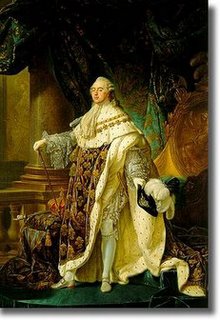 At the same time, in identifying these truths, we must uncompromisingly assert the truth that the Word of God is remarkably clear about the sin of homosexuality; in fact, it nearly seems that Paul came just three pen strokes short of drawing a picture for us when he said:

“Romans 1:25-28: 25 For they exchanged the truth of God for a lie, and worshiped and served the creature rather than the Creator, who is blessed forever. Amen. 26 For this reason God gave them over to degrading passions; for their women exchanged the natural function for that which is unnatural, 27 and in the same way also the men abandoned the natural function of the woman and burned in their desire toward one another, men with men committing indecent acts and receiving in their own persons the due penalty of their error. 28 And just as they did not see fit to acknowledge God any longer, God gave them over to a depraved mind, to do those things which are not proper…”

Men who exchange the natural function of the woman, who commit indecent acts with other men etc… the Apostle is about as graphic as one could get, thus, the clarity of Romans chapter 1 is quite profound. But in addition to this text, we have another crucial teaching given to us by Paul when he wrote to the church at Corinth:

Paul wanted the Corinthians to understand that all sin receives the condemnation of God, and those whose lives are dedicated to these things, rather than to Christ, will receive their just judgment. The above text then brings us to what I believe is an important branch to this discussion regarding homosexuality – that is, the subject of effeminate men. What exactly does this mean? Paul says: oute malakoi oute arsenokoitai. This construction lets us know that the two groups mentioned (effeminate and homosexuals) are not necessarily identical; they may have some overlap to them (as in the case of those who are thieves and those who are covetous), but they are not identical. In the case of the effeminate and homosexuals, the clearest of the two terms is arsenokoitai (homosexuals). I don’t know of any legitimate lexical work that fails to identify this term as being that which Paul nearly diagrammed for us in Romans 1:27. But it is this former term malakoi that is a bit more vague(though not any less important). In its primitive form it refers to something that is soft or dainty as opposed to something that is coarse or strong. Thus, the LXX employs the term to denote “dainty morsels” of gossip (Proverbs 25:15, 26:22) – words spoken gently, but that carry great corruption within. Thus, the NASB, KJV, ASV and Young’s Literal translation use the word effeminate and the Bible in Plain English uses the word unmanly. At the very least, we might conclude that this term speaks of that which is contrary to the nature of masculinity – that is, true masculinity. When we consider the English word effeminate, we find that the Oxford English Dictionary (unabridged) defines this as one who is: “womanish, unmanly, enervated, feeble.” This term seems to be rather broad and even distinguishable from that of homosexuality. Calvin notes this when he concludes his analysis of the four terms – fornicators, adulterers, effeminate and homosexuals:

“By effeminate persons I understand those who, although they do not openly abandon themselves to impurity, discover, nevertheless, their unchastity by blandishments of speech, by lightness of gesture and apparel, and other allurements. The fourth description of crime is the most abominable of all – that monstrous pollution which was but too prevalent in Greece.” [Calvin’s Commentaries, 1 Cor. 6:9]

Calvin clearly distinguishes between the sexual act of sodomy (which he calls a monstrous pollution) versus men who conduct themselves in an unmanly way. Such a general concept of unmanliness seems to be consistant with Justin Martyr’s description of the Greek gods, where he says:

“…ye Greeks, your gods are convicted of intemperance, and your heroes are effeminate, as the histories on which your dramas are founded have declared, such as the curse of Atreus, the bed of Thyestes…” [Justin Martyr, A.D. 110-165; Dialogue of Justin, Chapter III].

In this reference, Justin illustrates his concept of effeminate by first refering to the heterosexual impropriety of Thyestes who seduced the wife of his brother Atreus. Obviously, Justin is not referring to homosexuality in this reference, nor to a professional prostitute, rather, he refers to one whose life defies genuine masculinity; that is, he is speaking of unmanliness. I would suggest to you that the words effeminate or unmanly are the best possible translation choices for 1 Corinthians 6:9. Such concepts depict a man who is guilty of being unmanly to such an extent that he abandons his God ordained calling as a man – by any means. Such a deviation of masculinity may include sexual vice, but I don’t believe that the term is necessarily that narrow in meaning. Along with these observations, I believe that the context of this warning is significant since the Apostle later exhorted the same company of men at Corinth to “act like men” (1 Corinthians 16:13) rather than behaving with the weakness and passivity of Eve in the garden (2 Corinthians 11:1-4).

Additionally, let’s consult a profitable illustration which comes to us from Christ, when He used this term (malakoi) as 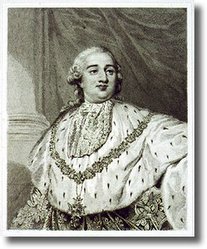 a part of a contrast between the resolute masculinity of John the Baptist versus the soft and effeminate leaders of their day:

Luke 7:24-28: 24 When the messengers of John had left, He began to speak to the crowds about John, “What did you go out into the wilderness to see? A reed shaken by the wind? 25 “But what did you go out to see? A man dressed in soft clothing? Those who are splendidly clothed and live in luxury are found in royal palaces! 26 “But what did you go out to see? A prophet? Yes, I say to you, and one who is more than a prophet. 27 “This is the one about whom it is written, ‘Behold, I send My messenger ahead of You, Who will prepare Your way before You.’ 28 “I say to you, among those born of women there is no one greater than John…”

Unlike the soft and frail leaders of the day, John the Baptist was a man. He was a man who stood for principle, rather than cowering in the face of opposition. His manliness was patterned after the masculinity of Christ Himself who was the greatest manifestation of manliness this world has ever seen, as Spurgeon has said:

“There is nothing effeminate in our Beloved. He is the manliest of men. Bold as a lion, laborious as an ox, swift as an eagle.”

I would suggest to you that Christ’s statement in Luke 7 is an implicit rebuke against Herod the tetrarch who had the Baptist imprisoned and eventually beheaded out of fear and weakness. Thus, John’s godliness and true masculinity was a stark contrast to that weak and effeminately adorned king (v. 25 A man dressed in soft clothing) who greatly feared John (Mark 6:20), the crowds (Matthew 14:5) as well as Herodius and her daughter (Mark 6:26). Apart from his sexual improprieties, Herod the tetrarc was a godless man whose corruption was manifested clearly by his fear, weakness and his overall unmanliness. Herod was an illustration of what a man looks like when he spends his days in an ungodly departure from biblical masculinity. I believe that the exemple of Herod is a picture of what Paul had in mind when he referred to effeminate men. By mentioning the word effeminate in this context, I believe that Paul offers us a term which speaks of men whose lives manifest a continual abandonment of true, biblical masculinity. Therefore, the digression seems to be natural, since homosexuality earmarks the fullest extent to which a man could abandon his calling as a man.

So what does this have to do with homosexuality? I believe a great deal. 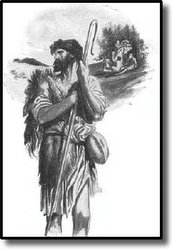 We are often very quick to identify the sin of homosexuality as being an obvious corruption of nature (and it certainly is), and yet, are we nearly as repulsed when we see men who abandon their wives and their families for sinful pursuits (whether sexual or not)? I believe that our present culture is filled with unmanly men; that is, men who are biologically male, but who are weak, effeminate and unmanly in every other sense – and this is no small problem. Young men (and women), who grow up and become entangled in the homosexual lifestyle, do so (in part) by the absence of a biblical pedagogy which establishes a true standard of masculinity and feminity. I say “in part” because (obviously), the sin of homosexuality is chargeable to the sinner himself – not his parents; and without conversion, and new life in Christ, there are no real barriers in place to keep our youth from such things. But having said this, I am convinced that the rising culture of homosexuality in our world is the unfortunate inheritance of generations of men and women who have been perfecting the practice of forsaking God’s calling for men and women. But this isn’t anything new either; the corruptions of unmanliness and feminism have been around ever since the fall of man, and the sins that have been spawned by these corruptions are multifaceted. In our culture today, there are many concepts of manliness that are quite askew: the man who drives a truck, watches football and can talk rough with the guys may think that he is manly – he may even believe that he is light years away from being effeminate, but how many such men in our world are abandoning their real calling as men, husbands, and fathers through their failure to stand for truth, lead their homes with the authority of God’s word, and nurture their children in the teaching and admonition of the Lord? I would submit to you that there are many “men” in our world who are quite unmanly. You see, cultural masculinity is quite different from biblical masculinity, and clearly, only the believing man will be the one to evidence the latter instead of the former. Thus, the principles of application should be quite clear for the children of God:

With all this in mind, I do believe that we must be careful as we look at these branches of sin – the effeminate and homosexuals. If anything, a man should take heed unto himself and consider if his life is being patterned after the godliness and manliness of Christ, or if it is being softened by the corruptions of this world.

Indeed, the people of this world watch us very carefully – may God grant us continued grace to demonstrate what the will of the Lord is; that which is good and acceptable and perfect (Romans 12:1-2).