The Solution to the AIG Debacle 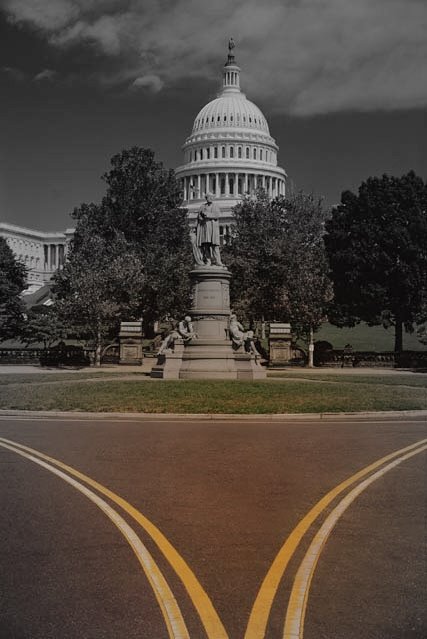 The AIG news stream has been flowing with the force of a fire hydrant, and it’s becoming difficult to drink it all in.  We are now even hearing about how TARP funds are being recycled into campaign contributions for members of Congress – perhaps someone should send the CWFP a map to the capitol building instead.  Amidst all of the rhetorical fanfare, it should be noted that there is a crucial standard of justice that is being ignored in all of this.   In fact I would submit that this legal standard would accomplish much, not only in terms of eliminating the feigned AIG-outrage in Congress, but it would stifle a host of other corrupt pursuits in our nation’s capitol.  The legal standard of which I speak is actually one which formulates the basis of the “presumption of innocence” standard native to our modern legal system.  It is a standard that is frequently quoted in the N.T., and is offered here as “the solution to the AIG debacle”:

Step 1 – The Pursuit of Proof:  Deuteronomy 19:15: 15 “A single witness shall not rise up against a man on account of any iniquity or any sin which he has committed; on the evidence of two or three witnesses a matter shall be confirmed.”

Our legal system is based upon the principle of a “presumption of innocence” when dealing with an accused party.  Therefore accusations must not be assumed to be true, but must be substantiated on the bases of witnesses who can confirm or deny the veracity of an accusation.  But what is rarely acknowledged concerning this ancient standard of the law is this fact: the requirement for multiple witnesses was also established in order to deal with false accusers.  Thus, the confirmation of the innocence/guilt of the accused is only half of the judicial equation in Deuteronomy 19 – what is often ignored in this legal standard is the matter of judging those who dole out accusations without sufficient warrant:

Step 2 – The Scrutiny of Witnesses:  Deuteronomy 19:16-18: 16 “If a malicious witness rises up against a man to accuse him of wrongdoing, 17 then both the men who have the dispute shall stand before the Lord, before the priests and the judges who will be in office in those days. 18 “The judges shall investigate thoroughly…”

The O.T. and the N.T. Scriptures invest a great deal of ink and parchment in dealing with this problem of refuting false accusers.  To be sure, the matter of resolving the innocence/guilt of the accused is important by itself; however, it is only half of the overall picture of Scriptural jurisprudence.  Dealing with talebearers (Proverbs 11:13), gossips (Proverbs 20:19), and liars (even those who listen to them, Proverbs 17:4) is just as important when applying the law in a meaningful way (1 Timothy 1:10).  But this then leads us to the query regarding what one should do if an accuser is found to be malicious.  The answer is quite simple:

Step 3 – Judgment of Malicious Witnesses:  Deuteronomy 19:16-18: 16 “If a malicious witness rises up against a man to accuse him of wrongdoing, 17 then both the men who have the dispute shall stand before the Lord, before the priests and the judges who will be in office in those days. 18 “The judges shall investigate thoroughly, and if the witness is a false witness and he has accused his brother falsely, 19 then you shall do to him just as he had intended to do to his brother. Thus you shall purge the evil from among you.”

Step 3 is perhaps one of the most neglected elements in biblical jurisprudence, and yet it is crucial for this matter of purging the practitioners of evil (1 Cor. 5:9-13).  Without it, we ensure that false accusers can repeat their offenses, time and time again – with impunity.  But can you imagine if this standard were to be applied rigorously in our nation?  All frivolous lawsuits would dry up instantly if every false accuser was compelled to pay the very penalty that he sought against the accused.  Now let’s apply this standard to the AIG debacle:

1.  Congress has accused AIG of impropriety concerning their use of TARP funds.  The penalty which they seek is the repayment of all bonus payments given to top executives.

2.  What has become evident over the recent days is that the stimulus bill, which was passed and signed with little or no scrutiny by Congress, actually gave full license to AIG to pay the aforementioned bonuses.

Based upon these truths I would suggest that the very purveyors of the stimulus bill (which gave legal authority to AIG to pay their bonuses) be adjudged as malicious witnesses in this case.  All those who voted for the bill should therefore pay back the bonus monies themselves – dividing the debt evenly among them (or perhaps making increase-adjustments for those who are receiving campaign contributions from TARP supported industries).  Failure to do this will result in the nullification of the 4th and final step of this important process:

Step 4 – Sending the Message of True Justice:  Deuteronomy 19:20: 20 “The rest will hear and be afraid, and will never again do such an evil thing among you.”

Can you imagine what our government would be like if men resolved never again to engage in the practice of deception, lying, and bearing false witness?  Of course, my offer of the law (by itself) is not the chief end here, for the law cannot change the human heart.  But it would be a helpful tutor in the right direction.

LiveJournal tags: AIG, TARP, US Congress
This entry was posted in Uncategorized. Bookmark the permalink.