The Business of Bigotry 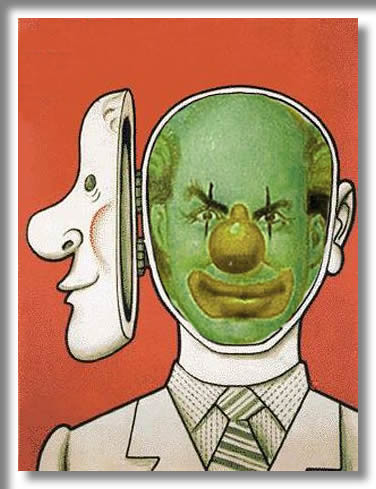 If someone were to ask you about what hope a sinner might have for forgiveness for the sins that they have committed, I hope that you would eagerly respond with the message of mercy that is found in the Gospel of Christ Jesus.  If it isn’t the immediate answer that you would offer, then the question must be asked: upon what basis do you believe that you yourself are a Christian?  After all, the centerpiece of the Gospel message is the message of forgiveness; and if this is not the message of hope that is readily in your own heart, then what exactly is your hope?

I begin with these questions because I fear that the Don Imus/Al Sharpton debate has been generating much heat but little light over the question of racism.  But more importantly, this recent contest is confounding the doctrine of forgiveness and therefore 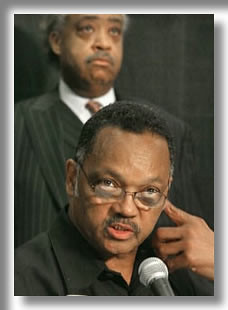 the Gospel itself.  On the one hand Don Imus is (to be frank) a crass shock-jock.  I have not heard much from his radio show – in fact, what little I have heard recently is a clear reminder as to why I steer clear of such programs.  But from what little I have heard recently, it seems obvious that much of what he does is sarcastic and profane.  What Imus said recently was deplorable – but I would contend that most of what he does is deplorable and would be grounds for dismissal.  On the other hand we have the loud rants of the Reverend Al Sharpton (licensed as a bishop at age 10), and others like him: i.e. the Reverend Jesse Jackson.  The histrionics of these men are revealing some very dark realities about their priorities.  They may be ordained by some church, but these men have nothing to do with the Gospel of Jesus Christ.  If anything, these preachers are advancing a message of hatred, bigotry and resentment; but I would submit to you that a careful study of this controversy is very important.  This discussion will no doubt be on the hearts and minds of your neighbors and co-workers in the days/weeks to come and thus, this is an important opportunity to speak the truth in love to others.  In view of this, let me offer the following thoughts about the situation in question, relating to Don Imus and the “Rev” Sharpton: 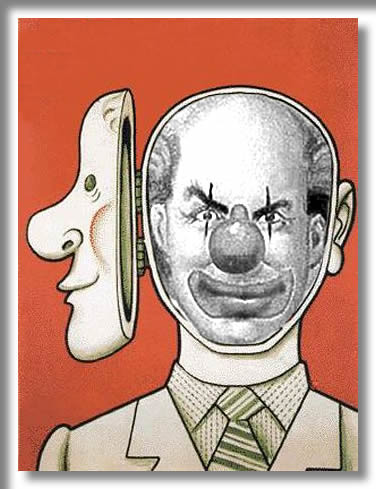 DON IMAS:  Don Imus is a lost man.  His sarcasm and profanity is merely a symptom of a deeper issue – he is in need of the redemption that is in Christ Jesus alone.  All have sinned and fall short of God’s glory (Romans 3:23), and apart from the saving grace of Jesus Christ, we all would continue to pursue wickedness (of various forms) without a care.  Mr. Imus’ certainly has a great weakness with his tongue (Romans 3:13-14) to such an extent that if I were his employer, he would have been released a long time ago for his repeated habit of blaspheming the name of Jesus Christ on air.  In fact, by only scanning a few minutes of his program I was able to confirm that Mr. Imus has a habit of mocking Christianity and using the Lord’s name in vain.  But I believe that Mr. Imus does this like many others in our culture – blaspheming in ignorance as one who is yet a stranger to the Gospel itself (1 Tim. 1:13).  What he needs is someone who can bring the message of forgiveness in Jesus Christ, because there is still hope for mercy for the penitent:   Matthew 12:31 “Therefore I say to you, any sin and blasphemy shall be forgiven people…”

Al SHARPTON’S PROTEST:  Sharpton is much more aware of Imus’ radio habits that I am able to articulate here in this post.  He knows of Imus’ habit of mocking Christianity and his propensity of using the Lord’s name in vain.  But the only thing that matters to Sharpton is his own view of racism.  Clearly, what Imus said was wrong; it is called filthy speech (Eph. 5:4) – but is it worse than how he has treated the name of Christ?  It always fascinates me when clergymen like Sharpton will get into a tirade over a racial epitaph (whether real or perceived), but will ignore the profane use of Christ’s name as though it is perfectly normal.  My question is this:  When has Sharpton or Jackson ever staged a 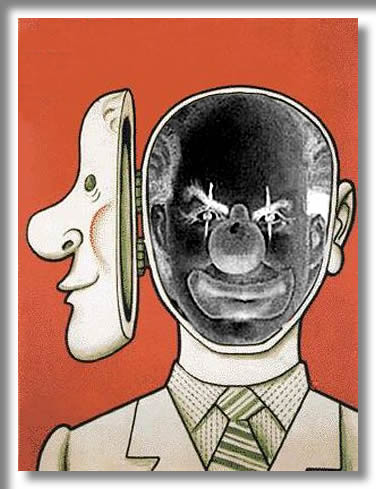 protest over the vile use of the name that is above all names – the Lord Jesus Christ?  If these men are supposed ministers of the Gospel, then let them take up their cause for the honor of the Lord of Glory.  I would submit to you that the nature of their peculiar protest, by itself, should be evidence enough that these men ought to drop the title “Reverend” and leave it to better men who are more interested in the glory of the Savior above everything else.  I do not say this in order to approve Imus’ comment – I say this in order to point out the unspeakably grotesque hypocrisy of Sharpton and Jackson.

THE BAD NEWS ABOUT SHARPTON’S GOOD NEWS:  As previously noted, Mr. Imus (just like anybody) needs the Gospel – the message of forgiveness in Jesus Christ.  One could even hope that Mr. Imus would have the opportunity to hear such good news through a pastor/bishop…even the Reverend Al Sharpton…but this certainly is not the case.  When Imus appeared on Sharpton’s radio show (in person), he was met with the following rhetorical query:  “Let me first ask you this. What is any possible reason you could feel that this kind of statement could be just forgiven and overlooked?”  Now if you read the full transcript of the interview, the implicit answer given by Sharpton (to his own question) was no: no forgiveness and no forgetting.  Instead of hearing a message of redemption in Christ, Imus was sent through a rhetorical lynching headed by Sharpton, Reverend Soaries and Bryan Monroe.  What became evident in the interview is this:  Sharpton has no Gospel message.  He apparently serves a merciless deity whose definition of the unpardonable sin is racism.  Towards the end of this “interview” Mr. Imus said the following:  “But, I mean, you know, it’s like the old country song, ‘God may forgive you, but I won’t. Jesus may love you, but I don’t.'”  I shudder to think what these “clergymen” would say to the Philippian jailer if he were to ask about the hope of God’s mercy (Acts 16:22-32) – would he be subjected to a similarly torturous interview?  But instead, can you imagine Mr. Imus being addressed by a Christian in such a context?  In that case you would find the fragrant aroma of a Christ centered message filled with a call to repentance (of all his sin, not just one infraction); and with that the message of Christ’s grace and mercy through His sufficient sacrifice for wretched men, like Imus, Jackson, Sharpton – and myself.

THE PROBLEM WITH SHARPTON’S HYPOCRISY:  The great danger of the whole racism debate comes when people are led to believe that color-racialism is real.  Biblically speaking, there is no such thing as racialism as defined by skin color.  The Unabridged Oxford English Dictionary defines race* as follows:  “A group of persons, animals, or plants, connected by common descent or origin.”  That definition is key because it was the Apostle Paul who preached to the bigoted Athenians about the true concept of “race” when he said:  “And He has made from one blood every nation of men to dwell on all the face of the earth, and has determined their preappointed times and the boundaries of their dwellings…” Acts 17:26 (underline mine).  All human beings come from “one blood”, that is from one human source, and therefore by this important instruction we must understand the following:  If one wishes to use the word “race” then let it be understood that there is just one race called the Human Race.  But no-where in the Bible is such a concept of “race” associated with one’s skin color.  In other words, those who are the most dangerous in the whole racism debacle of our modern day are those who actually believe that skin color is important at all.  In the end, we all have the same skin pigmentation called melanin such that light skin and dark skin are only variations of this one skin pigmentation.  In reality, there is no such thing as a completely white or black person, just different shades of brown, ranging from very pale to very dark.  Such a truth as this robs men of their livelihood, who thrive on the business of bigotry, because it affirms the unity of the human race.  But Sharpton’s history is one that reveals a strong appetite for racial division.  His own references of “our people“, when speaking of “blacks”, reveals a bizarre double standard, especially when someone like Mr. Imus is made to suffer when he referred to Sharpton and his cohorts as “you people.”  As I have already stated, to make distinctions among people based upon skin color is utterly meaningless.  In reality, a genuine minister of the Gospel would drop the “our people” distinctive and preach the Gospel message of “all sinners” for Christ in whom “there is neither Greek nor Jew, circumcised nor uncircumcised, barbarian, Scythian, slave nor free, but Christ is all and in all” Colossians 3:11.   But for this to take place, Mr. Sharpton would have to forsake his racist-idolatry for the Savior who shed His blood for men from every tribe, tongue, people and nation (Revelation 5:9).

Rarely do I engage in polemicism like this; but the business of bigotry is becoming so rampant in our nation, that it only seems fitting to address this matter as I have here – naming names and identifying sources as needed.  Bigotry is not a disease where the person is claimed as an innocent victim; instead, bigotry is the indicative act of one’s will.  It is an exaltation of one’s hatred and feeling of superiority over another based upon meaningless distinctions.  Frankly speaking, it is the fallen human heart in action, doing that which is natural, apart from grace (Genesis 6:5, 8:21).  But many people in our culture thrive on bigotry because it has become their means of financial livelihood – it is how they pay their bills.  And for those who advance the message of bigotry as the false ministers of the Gospel must understand that there is such a thing as an unpardonable sin – but it isn’t racism.  Instead it is the sin that is committed by those who have clearly heard the Gospel of Christ, but who repeatedly deny it and thus sin against the light of God’s revelation, as illumined by the Holy Spirit:

Remember that it was Mr. Sharpton who asked Mr. Imus this question: “What is any possible reason you could feel that this … could be just forgiven and overlooked?”  In light of the above text I would fearfully advise Mr. Sharpton to consider that important question for the sake of his own soul.

*In some translations, the word race is used for the Greek word genos.  In many ways this is unfortunate since the word tribe or nation would be better suited for genos in order to embrace the concept of a limited or local genealogy and ethnicity.