More Fodder for the Faithless 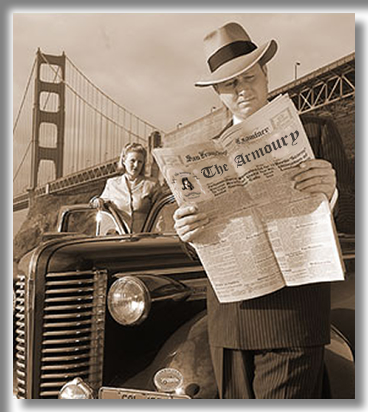 I’ve been away from The Armoury for some time – we recently completed an addition to our home which took every spare ounce of time and energy – but we’re thankful for the results and bless the Lord for it.

I realize that this is a weak way to return to posting, but I thought I’d begin with an AP News Story:

Jeff Harlow, the senior pastor at Crossroads Community Church, broke his wrist when he lost control of the motorcycle at the start of Sunday’s second service, driving off a 5-foot platform and into the vacant first row of seats. He underwent surgery on the wrist Monday.

“Jeff has already laughed a lot, so he’s OK. I think his pride was bruised,” said his wife, Becky.

“He had this idea that he would bring this bike out onstage and show people how the rider would become one with the bike,” she told the Kokomo Tribune. “He was going to just sit on it and drive it out. He was just walking the dirt bike out onstage and somehow it got away from him. It was not intended.”

No one else was hurt.

Jeff Harlow had performed the demonstration at earlier services Saturday night and Sunday morning without incident.

Whenever I read things like this, I am reminded of the fact that such events as these give the world more fodder against those who name the name of Christ – and therefore (sadly) many conclude that if such behavior is Christianity, then they’ll have nothing to do with it.