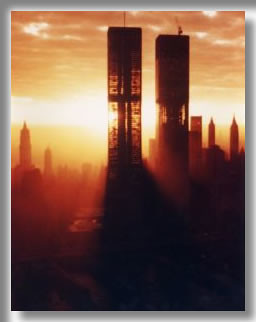 A few years ago I had the privilege of preaching through the book of Revelation. In chapter 13 where we read about the antichrist, we see that his reign will have the following characteristics:

1. He will be clever, powerful and boisterous, being empowered by the “dragon” – Satan himself (Rev. 13:2).

2. His rule will be religious in nature such that he, and the one who sent him, will be the central objects of worship (Rev. 13:3-4).

5. His religious rule will be absolute such that those who do not render worship to him will be executed (Rev. 13:10).

Now I certainly have no interest in trying to predict how these aforementioned prophecies will be fulfilled; frankly, there are a number of ways in which these prophecies can be manifested. But it is at least interesting to note that the antichrist’s rule could (possibly) come through the means of Islam itself. At the very least we could say that Islam is an antichrist to the Gospel (1 John 4:2-3) since Jesus Christ is our only hope for true peace – He is the Prince of Peace and shares that title with no-one. What is fascinating to me is that Muslims are awaiting the coming of their “messiah” – the 12th Imam who will come in the power and spirit of Mohammed in order to overcome the world with the rule of Islam. Muslims attribute the following quote to Mohammad concerning this coming “12th Imam”:

“During the last times, my people will be afflicted with terrible and unprecedented calamities and misfortunes from their rulers, so much so that this vast earth will appear small to them. Persecution and injustice will engulf the earth. The believers will find no shelter to seek refuge from these tortures and injustices. At such a time, God will raise from my progeny a man who will establish peace and justice on this earth in the same way as it had been filled with injustice and distress.” 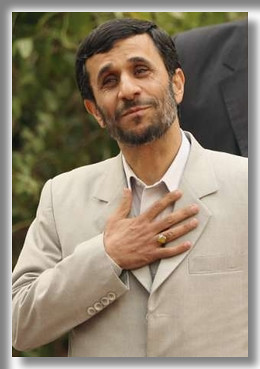 None of this is offered as a distraction from the true point of biblical prophecy. Too often do we see people becoming obsessed with the desire to crystal-ball the future by deciphering the “tea leaves” of current events – I have no interest in doing such a thing. But it is a sober reminder to us that the day of the Lord is coming; a day in which “difficult days will come” (2 Tim. 3:1) and will be governed by men who hold to a form of godliness, but deny its power (2 Tim. 3:5). Reflections such as these should intensify our readiness for the Lord’s return, as well as strengthen our resolve to advance the Gospel of peace for the glory of the Savior.

In addition to the above observations concerning how Islam may be the vehicle through which the antichrist will come, consider the following videos. If they illustrate nothing else, they at least show how easily the nations have been duped by the sleeping giant of Islam:

1. In this first video, notice how it is that “moderate Muslims” will veil the real Islamic agenda (note: it is interesting how the Koran is protected by a subjective interpretation – things which, we are told, westerners “cannot understand” – contextually or linguistically):
2. This video should remind us how Islam has overtaken entire nations from within for centuries, and it is happening again in our generation:
3. In this last video, we see how the national debate is affected by political ambition. In our own nation, there will probably be an increased attempt to appease Islam for political purposes, as seen in this piece:
This entry was posted in Uncategorized. Bookmark the permalink.