Love, Obedience & The Valley of Kidron 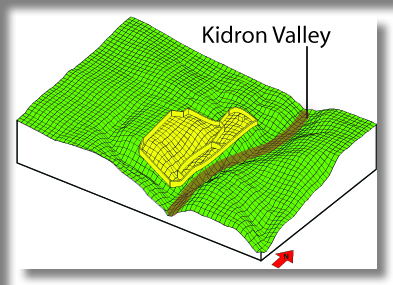 One of the things that I enjoy greatly about the synoptic Gospels is how they regularly illustrate the need for the testimony of witnesses in order to confirm a matter.  In science, much of what is called the empirical method is dependant upon this principle.  Simply put, if we want to get our facts straight, then we need to corroborate our studies with those who were eyewitnesses of the very matters of which we speak (Deut. 19:15, Matt. 18:15-16, 2 Cor. 13:1, 1 John 4:14).  Like different facets of a single diamond, the four Gospels give us the full specter of beauty concerning the life, death, and resurrection of the Lord Jesus Christ.  Right now, we are studying through John’s Gospel, and we have finally managed to make our way to chapter 18 – the chapter of betrayal.  It is here that the Lord is systematically betrayed by Judas, the Jewish leaders, Peter, and the nation as a whole as evidenced by their trading in Christ for Barabbas – a thief and a murderer.  Our attention is normally directed immediately to these heart-wrenching betrayals; betrayals that are eclipsed only by the crucifixion itself.  However, if we press on too quickly, then we’ll surely miss an important detail mentioned by the Apostle John at the beginning of the chapter.  Mentioned in no other Gospel is this important facet of truth:

Perhaps you’re wondering what detail you were supposed to notice.  The brook of Kidron, a seemingly meaningless plot of land just east of the temple mount, may not appear to be an important detail, but for any Jew – it was teaming with great importance.  Historically, the brook of Kidron was a reminder of the obedience of another king – king Josiah.  For king Josiah, the brook of Kidron became a symbol of loving obedience for a very important reason.  When Josiah became king, he read the long lost Scriptures that had been hidden in the temple, and became convicted of the gross idolatry of the nation of Judah.  Thus armed with truth and great zeal, he purged the temple (and the nation overall) of its idols – burning them all, and throwing their ashes into the brook of Kidron (see 2 Kings 23).

Josiah is therefore remembered for his great love for the Lord – for he “…turned to the Lord with all his heart and with all his soul and with all his might according to all the law of Moses…” (2 Kings 23:25, Deut. 6:4-5).  But Josiah not only abhorred the evil of idolatry, but he also reinstated the Jewish feasts, beginning with the feast of the Passover (2 Kings 23:21).  It is in this sense that Josiah stands as a model of genuine love for God, because he abhorred what was evil (idolatry), but he also did cling to what is good (Passover).  This is what the Bible calls genuine love:

Romans 12:9: 9 Let love be without hypocrisy [anupokritos]. Abhor what is evil; cling to what is good.

Such is pure [anupokritos] love – the love of God.  In many respects, John’s mention of the brook of Kidron should remind us that king Josiah is a foreshadowing of King Jesus.  The parallel is quite striking:

2.  Immediately following this cleansing, he re-instituted and observed the Passover (the Passover is a type of Christ who is the sacrificial Lamb of God).

3.  He is described as a great example of loving obedience among the kings of Judah and Israel (2 Kings 23:25).

2.  In both cases, Christ observed the Passover immediately after both temple cleansings.

3.  He is revealed as the greatest example of loving obedience as the King of all kings (John 14:31).

From the lesser (Josiah) to the greater (Jesus), we see the multiple facets of loving obedience; but there is an important contrast to observe here.  Josiah’s idol-cleansing had only a temporal effect on the nation, for the Lord “…did not turn from the fierceness of His great wrath with which His anger burned against Judah…”  (2 Kings 23:26).  But when Christ cleansed the Jerusalem temple, he made an important declaration:

John 2:19-22: 19 Jesus answered them, “Destroy this temple, and in three days I will raise it up.” 20 The Jews then said, “It took forty-six years to build this temple, and will You raise it up in three days?” 21 But He was speaking of the temple of His body. 22 So when He was raised from the dead, His disciples remembered that He said this; and they believed the Scripture and the word which Jesus had spoken.

When Christ cleansed the Jerusalem temple, He was directing the nation to an important and greater work yet to be performed.  Unlike king Josiah, King Jesus had the power to lay down the “temple” of His own body, to bear the sins of many, and to take up His life again through the resurrection (John 10:18).  Therefore, while there are great similarities between these two kings – this distinction is crucial.  King Josiah offered reforms to the nation, by destroying the idols of the land and throwing their ashes into the brook of Kidron; but these crucial reforms had not the power to turn away the wrath of God.  However, King Jesus walked through the valley of Kidron on His way to his own arrest, trial, and crucifixion.  It was by this path of loving obedience that He sacrificed Himself, thereby providing a way to be “saved from the wrath of God” through faith in Christ (Romans 5:9).

No other Gospel writer mentions the valley of Kidron – this is why we need the full testimony of the four Gospel witnesses.  John’s mention of Kidron is no small detail, but is a crucial reminder given to us by inspiration of the Holy Spirit.  Ultimately, the valley of Kidron is a picture of the loving obedience of two kings – the latter of which is the only true hope for mankind.