I Can At Least Respect an Honest Liberal 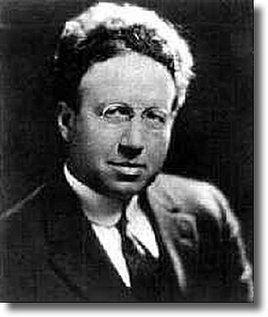 Some men are covert about their leaven of error, while others are more open in their display of Scriptural defection. In this latter class of “theologian” we find the grandfather of modern liberalism: Harry Emerson Fosdick. I can at least respect such a man for his openness and honesty – if for nothing else. One doesn’t have to search very hard to find his denials of sound doctrine – his books are dripping with such denials. In All Nations Under God, I mention Fosdick because the seeds of his error remain with us today:

“Harry Emerson Fosdick’s grandmother once told him that if he couldn’t believe in the story of Jonah, and the fish that swallowed him, then he might as well surrender all of his Bible and his religion…

Harry should have listened to his grandmother.

…at the root of his error was the exaltation of man centered thinking – in its worst form. Even the man centerdness of his hymn ‘God of Grace and God of Glory’ is clearly revealed in those words ‘Let the search for thy salvation, by our glory evermore.’ That’s quite an admission: man’s search for salvation is his glory evermore! This should serve as a reminder to us all that church history is filled with many theological potholes and detours. Because of this, one must be careful when journeying through it, in order to avoid any serious collisions.” [All Nations Under God, Christ’s Triumph over Tradition: There are Foolish Men on Both Sides of the Argument, pp. 132-33].

Sadly, Fosdick’s man-centered thinking remains with us today. He was a remarkably skilled redactor of truth, but at least he was fairly open about it. Of course, this doesn’t mean that he didn’t resort to the traditional liberal doublespeak that confused some people:

“My adversaries, and even my friends, have sometimes had difficulty in defining just what my theological position is, and I think I know why. I have never been able to be either a theological reactionary or a theological radical. I could not be a theological reactionary because, so it seemed to me, the fact that astronomies change while stars abide is a true analogy of every realm of human life and thought, religion not least of all.” [Harry Emerson Fosdick, The Living of These Days, An Autobiography, pp. 229-30]

Beyond his occasional vagueries, Fosdick was generally overt about his convictions. For this reason I say that despite his corrupt doctrine, you can at least respect the fact that he kept very little in the closet. Fosdick was proud of his theological innovations. Rather than preaching the ancient truth of God’s Word, Harry was glad to offer a new generation new truths and ideas; he continues in his autobiography:

“No existent theology can be a final formulation of spiritual truth. Concerning every human experience theories of explanation and interpretation are essential, but however confidently they may be held, their probable insufficiency must be assumed and their displacement by more adequate ways of thinking positively hoped for. Cosmic theories and theologies are meant to change. Static orthodoxies, therefore, are a menace to the Christian cause. If the day ever comes when men care so little for the basic Christian experiences and revelations of truth that they cease trying to rethink them in more adequate terms, see them in the light of freshly acquired knowledge, and interpret them anew for new days, then Christianity will be finished.” [Ibid., p. 230].

Classic liberalism will often herald the incompleteness of human knowledge in order to forsake any form of Biblical dogmatics. It is as if the Liberal’s mantra is: “There is only one thing that a person can be certain of concerning his or her theology: it is wrong.” Credalism such as this is thought to release a person from the constraint of doctrine, thus allowing him to run freely in the fields of human speculation – and Fosdick was an expert at it. Fosdick has many spiritual descendents today – at least in terms of his core beliefs. Many today are proclaiming that we need to adjust our thinking to the times. However, there are those who do it much more covertly – such that when you confront their error, they retreat into their closet of denial and double-speak. Others, like Fosdick, stand for their liberalism without batting an eye. I can at least respect the honesty of the latter, even though the doctrine isn’t any less deplorable.

The most dangerous brand of such teaching comes from those who spread their leaven covertly, rather than overtly – as did Fosdick. Much of modern Liberalism has gone underground by adorning itself with double-speak and words that might appear to represent orthodox Christianity. Because of this, the church must be on guard lest such errors might creep in unnoticed. Like the generations before us, the church needs biblical discernment in order to resist all error – whether it attempts to come in through the front door, or the back.