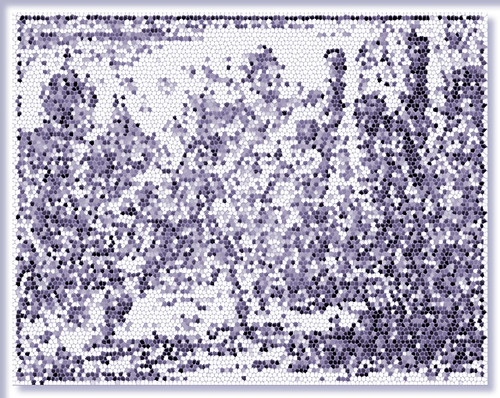 Earlier this month CPAC (the Conservative Political Action Conference) assembled for its 34th national conference.  Many of you know this already, but political-pundit Ann Coulter was there and made a comment that has garnered a great deal of attention.  In particular, this is the questionable comment:

“Oh and, um, I was going to have a few comments on the other Democratic presidential candidate, John Edwards, but it turns out that you have to go into rehab if you use the word ‘faggot.'”

Her comment was welcomed with what I would call startled laughter – but laughter nonetheless; and, as always, there is a broader context to her comments that is worth noting.  But all in all there are two things that disturbed me about the moment, and these are important enough to address here at The Armoury.  Therefore, in the following article, I will take issue with:  1.  The use of the Word Fagot and 2. Our Culture’s Exaltation of Corruption:

1.  The use of the Word Fagot:  Let me be very frank here and say that over the years there have been a number of articles written by Ann Coulter that I have enjoyed, and yet despite some of her better moments, the above comment of 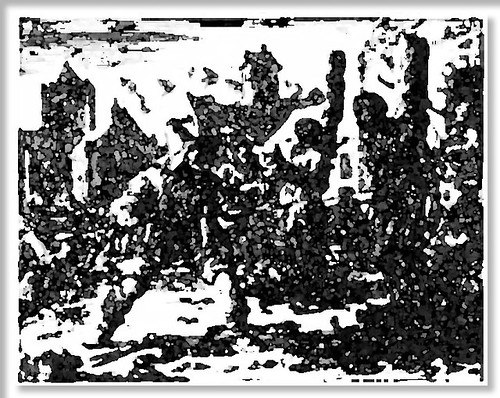 hers was plainly foolish.  At best, I might assume that her use of the word fagot represents a misunderstanding of the word’s history; at worst, she new what she was saying and therefore voluntarily engaged in coarse jesting as one who professes Christ in the public arena (Ephesians 5:4).  In either case, I would strongly suggest to the reader that the word fagot is a word that is worth avoiding, and this is why:

Etymologically speaking, this French word originally referred to a stick or bundle of sticks that would be used to fuel a fire.  The Oxford English Dictionary (OED, Unabridged) reminds us that this term then adopted the secondary meaning of either a moral or theological apostate who was to be burned above a pile of fagots:

“2. a. With special reference to the practice of burning heretics alive, esp. in phrase fire and faggot; †to fry a faggot…Hence fig. the punishment itself.” 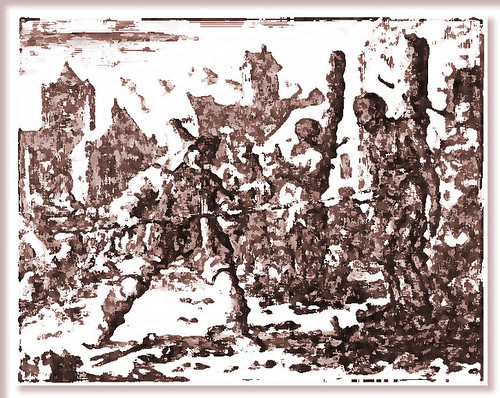 We see an example of how this word migrated in its meaning when, In John Foxe’s Book of Martyrs, we read about the martyrdom of John Huss.  It is by accounts like this one that it becomes apparent how the term fagot became a base reference for those accused of heresy:

“The flames were now applied to the fagots, when our martyr [Huss] sung a hymn with so loud and cheerful a voice that he was heard through all the cracklings of the combustibles, and the noise of the multitude. At length his voice was interrupted by the severity of the flames, which soon closed his existence.”

Unfortunately, much of church history is riddled with many dark memories; particularly the dark memories of those church “leaders” who facilitated the cruel burnings of many men, women and children who were deemed to be heretics in the eyes of the Roman Catholic church.  Many of these victims were often chided as being fagots, as those who were considered worthy to be burned so that their souls would be ushered into hell with the horrific foretaste of a fiery destruction in this life.

Some five hundred years later, the term was first used here in America to speak of male deviants who were effeminate or who would dress in “drag” (i.e., wearing women’s clothing).  While it is true that such conduct is a gross deviation from God’s design, it must be recognized that the term’s history is much too stark to be used as a pejorative for anyone.  Most people are unaware of this historical background of the word fagot – and I am willing to assume that Miss Coulter is too; and while this word’s perceived meaning in the present day will certainly vary from person to person, I do believe that those who name the name of Christ, of all people, ought to be the most careful with such language.

Not surprisingly, we still have in this modern day those who, in the name of religion, are heralding a message of hatred as in the case of Westboro Baptist Church whose domain name is, of all things, www.godhatesfags.com.  They justify their use of the word fagot in light of Amos 4:11:

Amos 4:11: 11 “I overthrew you, as God overthrew Sodom and Gomorrah, And you were like a firebrand snatched from a blaze; Yet you have not returned to Me,” declares the Lord.”

Here the Hebrew word ke’ud [from ‘ud] means firebrand.  From this text the WBC website cites justification for using the word fagot in place of firebrand.  While such a use of fagot does comport with the word’s ancient and original meaning, it is nothing less than a veiled admission that theirs is not a message of mercy, but of judgment alone.  What is ironic is that all of Amos 4 is a reminder to Israel of how God has shown them mercy amidst His judgment of their sin; that is, all kinds of sin.  Therefore the Lord graciously commands the nation in the next chapter: “…seek Me that you may live” Amos 5:4.  It is this message of mercy (seek the Lord that you may live) that is utterly lacking in the WBC website and in their overall message.  Their use of the word fagot is designed to be degrading and hateful, and fails to convey the Lord’s call of mercy in the Gospel of Jesus Christ.  A “ministry” such as this isn’t much different than those false religionists who burned supposed heretics with murderous glee.  WBC’s stilted message of hate is heavily adorned with casual references to homosexuals as fags or fagots; and while they are partially correct to point out that the wrath of God abides on those who practice homosexual sin (Romans 1:18-32), they still manage to ignore a vast ocean of truth: that God’s wrathful judgment is leveled against all sinners (Romans 3:23) – against idolaters, adulterers, thieves, the covetous, drunkards, revilers, swindlers (1 Corinthians 6) as well as all false religionists (1 Timothy 3:1-5).  The truth is that all men 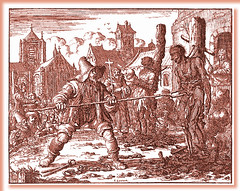 deserve to be burned alive for all eternity (Revelation 20:11-15)- but that judgment (and execution) is the sole prerogative of God and must not be made a source of jesting by anyone who names the name of Christ. The legacy of the murderous inquisitions should drive us to be more careful, not only of the words that we use, but especially of our own hearts before God:

Deuteronomy 32:41: 41 If I sharpen My flashing sword, And My hand takes hold on justice, I will render vengeance on My adversaries, And I will repay those who hate Me.

God will repay, and He doesn’t need our help.

2. Our Culture’s Exaltation of Corruption:

The other side to this discussion has to do with the fact that a great number of people oppose the word fagot for the wrong reasons.  Most people have no idea of the word’s history, but because it has been deemed to be a derogatory term used for homosexuals, it has therefore been black-listed, and with a vengeance.  In other words, those who complain the loudest over the use of the word fagot do so, not because of the inappropriate nature of the word itself (for anyone), instead the real focus is on safeguarding what has become a newly-protected “class” of people: homosexuals.  The ugly reality is that it won’t be long before hate crime legislation will make it illegal for people to use certain words that have been deemed by society as hateful speech.  Don’t get me wrong – I’m very much against hateful speech (as previously argued), but to threaten legal action, or imprisonment, against someone who says such things represents a frightening extreme.  Frankly speaking, this is becoming the new class of heresy hunting in the modern era, and it comes with the same vicious venom that led to the brutal slaughter of many in the past.  Clearly we’re not repeating that history yet, but a similar spirit of intolerance is escalating in our culture today.  In fact, it was just this past week that General Peter Pace said that he believed that homosexuality was immoral.  His comment set off a firestorm of media-backed hostility.  If you followed the media’s revelation of his “heresy” at all, you would think that the world was about to end for what the man said.  For myself, I thought that his comments were fairly mild and that it would be better to cite the Lord Himself on the matter:

Leviticus 20:13: 13 ‘If there is a man who lies with a male as those who lie with a woman, both of them have committed a detestable act…”

I do not mean to derogate the General’s comments at all here, but we must realize that it doesn’t matter what I, General Pace or you believe – what matters is that the Creator and Judge of the Universe has already declared concerning homosexuality: it is a detestable act – period.  It is because of this that our military, for years, has endeavored to keep its ranks clear of those who practice such detestable acts for the sake of our troops, for their morale, and for their ability to focus on the task of fighting off the enemy – not one’s fellow soldier.

But let me advance this idea a bit further.  In today’s crazy culture a person can mockingly use the Lord’s name in vain, or even deride His deity in the public arena with impunity (perhaps even landing a PBS television show out of it all).  But when a newscaster makes reference to the word fagot, he/she will reverently refer to it as the “f” word, or as “the word that begins with an “f” and ends with a ‘t'”.  Thanks to discussions like these, we are reduced to speaking in childish code rather than having frank and open discussions that would help us to understand the nature of such controversies.

But more than this, the question that transcends this whole discussion is this:  When will the Lord’s name be treated with such reverence?  Will newscasters ever offer the Lord Jesus Christ, and His followers, the same respect that is given to the mounting collection of blacklisted words?  Will we ever hear a reporter quote those who blaspheme the Savior’s name by reverently citing their slanderous references as the “G”, “J” or “C” name, reminding us that we shall not take the name of the Lord God in vain?

I’m not holding my breath for that one.