Defining Extremism: The DHS and Their Concern About Right Wing Terrorists 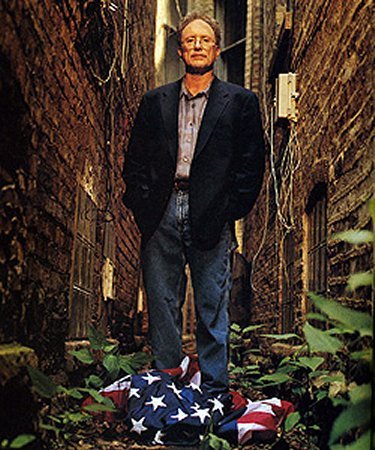 As one who served in the United States Air Force for nearly eight years of my life, I wanted to address an issue which has garnered much attention in recent days.  The Department of Homeland Security issued a summary report on April 7th entitled: Report on Right-Wing Extremists.  This document, which was marked  “for official use only” (FOUO), is normative in the sense that the DHS typically will issue warnings to local law enforcement officials concerning real or perceived threats to our national security.  What was alarming about the report was its focus on specific groups and ideologies, such as military personnel and certain conservative ideals.  This the report did, despite the follow-up statement made by Secretary Napolitano:

“Let me be very clear: we monitor the risks of violent extremism taking root here in the United States. We don’t have the luxury of focusing our efforts on one group; we must protect the country from terrorism whether foreign or homegrown, and regardless of the ideology that motivates its violence.”  Statement by US DHS Secretary Janet Napolitano

Rather than making political ideology a secondary consideration, the primary focus was clearly established within the title itself – “Report on Right-Wing Extremists.”  The definitions of right-wing extremism, as addressed in the report, were established to be those who were motivated by hatred of certain religions, races, and ethnicities – but it did not stop there.  It even went so far as to single out ideologies as follows:

“It may include groups and individuals that are dedicated to a single issue, such as opposition to abortion or immigration.”

At this point, we could all agree that we have seen occasions of violence stemming from such ideologies, and even from disgruntled military personnel.  Because of this, it may seem like a moot point to criticize the DHS report at all, and yet we might wonder if this same DHS body will reveal equal alarm over “disgruntled vets” who team up with those who have committed actual terrorism in our nation for the sake of liberal causes:

“An Oakland Community College student who is a veteran of the Iraq war will be among more than 200 young activists at the first annual Michigan Social Justice Conference on Saturday at the University of Michigan. A former U.S. Marine, Lars Ekstrom is now a member of the Iraq Veterans Against the War. Last weekend, he joined a protest in a march on the Pentagon in Washington, D.C…The conference day will begin with a panel discussion on 1960s and 1970s activism with panelists Bill Ayers, who recently spoke at Oakland University, and Shanta Driver, Alan Haber and Hector Aristizábal. The event is being organized by the Progressive Alliance, a coalition of progressive social justice organizations that was formed in September 2008.” (full article)

As a veteran myself, I would be just as concerned (if not more so) about those who would use violence in order to advance a “left wing” agenda.  With men like William Ayers involved, one would have to wonder how far such a movement might go – especially since we are now committing more troops to Afghanistan.  The query that I raise as a veteran is this: will the DHS produce a follow up report concerning Ayer’s recruitment of disgruntled vets, with a possible title: “Report on Already Known Left-Wing Extremists.”  At least with such a report as this, one would not be left with mere conjecture about what could be, instead they would have the concrete evidence of a man who used violence against our nation already, and who remains unrepentant to this very day.

For now, I’ll just wait for that follow up report.

P.S.  Secretary Napolitano has been asked several times, in seperate interviews, whether or not she read the April 7th FOUO report before signing it.  Her repeated response has been that she was briefed on it, but that she did not read it herself.  In view of this trend of governing officials signing reports and bills without a coherent knowledge of their content, I would suggest that there are much greater dangers lurking out there than some disgruntled vets.