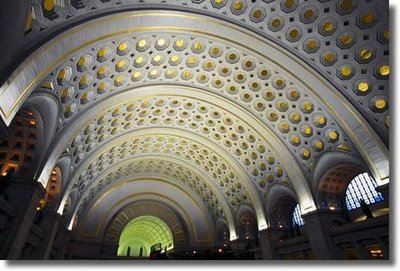 Several years ago I remember being alerted about a book that was written by a Catholic apologist, Peter Kreeft. The book was entitled: Ecumenical Jihad, Ecumenism and the Culture War (Ignatius Press, San Francisco 1996). In this book, Kreeft calls for a very broad form of ecumenism – that is, moralistic ecumenism. After advocating Christian and Jewish-Christian ecumenism, Kreeft says:

“…even here, an ‘ecumenical jihad’ is possible and is called for, for the simple and strong reason that Muslims and Christians preach and practice the same First Commandment: islam, total surrender, submission of the human will to the divine will. We fight side by side not only because we face a common enemy but above all because we serve and worship the same divine Commander…even atheists and agnostics, if they are of good will and intellectual honesty and still believe in objective truth and objective morality, are on our side in the war against the powers of darkness. Perhaps they can be called ‘anonymous Christians.'”

Writings such as these remind us that the seeds of corruption found in Genesis 11 are here with us today. I was reminded of Kreeft’s work when I saw that Ingrid Schlueter, from Slice of Laodicea, had posted an article which exposes yet another modern prophet of universal ecumenism. Below is an excerpt from the CT article “A Wind that Swirls Everywhere” regarding Dr. Yong’s background and teaching:

At a time when Pentecostals are stereotyped as insular and anti-intellectual, Amos Yong may seem like a fresh wind.

Beyond Common Grace: Yong, who last year left Bethel College in Minnesota to help establish the Ph.D. program in renewal studies at Regent University School of Divinity in Virginia, distinguishes classical, primarily Western “Pentecostalism” from the “pentecostalism” that is the largest and fastest-growing branch of Christianity in the world. He is a product of both.

[Dr. Yong]: “My studies at a Wesleyan Holiness seminary [Western Evangelical Seminary] raised the intra-Christian ecumenical question for me with great force, challenging me to confront the very sectarian and exclusive form of Christian self-understanding which characterized the Chinese American Pentecostal churches of my upbringing, ” he later wrote. “Further graduate studies expanded the ecumenical question: If it was possible that those whom I considered before as outside the pale of Christianity (e.g., Catholics, Orthodox, even Lutherans) did indeed have a saving relationship with God, what about others also categorized as pagan, heathen, or non-Christian?”

[CT]: Where most Pentecostals see the devil’s work, Yong sees the Spirit’s. Concretely, that means Christians should be open to learning from and being enriched by the Spirit’s work in world religions. Dialogue must take place alongside evangelism, he argues, so that all the religions – including Christianity – can learn from each other what the Spirit is doing.

This even goes beyond the pale of Peter Kreeft’s book. What is distinct about what Yong is proposing is that he is arguing that ecumenism is the direct work of God, rather than it merely being a moralistic strategy of men (Kreeft). This is disturbing – but it needs to be exposed.

This should also serve as a warning to believers not to confound the subject of God’s sovereign providence. While it is true that all events in history are directed by God’s sovereignty, this does not mean that He is to be blamed for sin, heresy and blasphemy – such things are the culpability of sinful men, not the holy God of the universe.