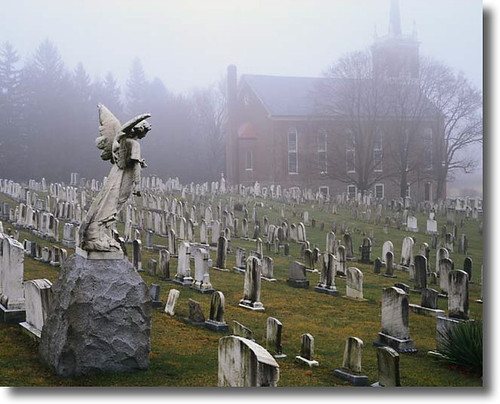 The recent controversy concerning N. T. Wright’s affirmation of Marcus Borg’s profession of faith has been a very revealing one indeed. In an interview on The Australian, N. T. Wright (Bishop of Durham, Church of England) offered a belittling view of the resurrection in order to defend his personal friend, Marcus Borg (Professor of Religion at Oregon State University). In this controversial interview, in which N. T. Wright opined about the salvific relevance of believing in the bodily resurrection of Jesus Christ, we find some very strained reasoning:

“I have friends who I am quite sure are Christians who do not believe in the bodily resurrection,” he [Wright] says carefully, citing another eminent scholar, American theologian Marcus Borg, co-author with Wright of The Meaning of Jesus: Two Visions. “But the view I take of them – and they know this – is that they are very, very muddled. They would probably return the compliment. Marcus Borg really does not believe Jesus Christ was bodily raised from the dead. But I know Marcus well: he loves Jesus and believes in him passionately. The philosophical and cultural world he has lived in has made it very, very difficult for him to believe in the bodily resurrection. I actually think that’s a major problem and it affects most of whatever else he does, and I think that it means he has all sorts of flaws as a teacher, but I don’t want to say he isn’t a Christian.” [The Australian – Feature, April 13th 2006]

He wouldn’t say that Borg isn’t a Christian? Really? In some ways, this whole controversy has enabled the teachers of heresy, and those who defend them, to come out of their closets and account for what they really believe. All of this raises a very important question: do believers have the freedom to minimize the bodily resurrection of Christ, even concluding that a person can deny this doctrine and still be counted as a Christian? As the Apostle Paul would say – me genetai, may it never be! I fear that believers have become a bit sleepy over this matter, particularly if they are not violently repulsed by such a comment as Mr. Wright’s. Too many people today seem to fear the opinions of men, rather than fearing God and reverencing His Word (Isaiah 66:1-2). If the Scriptures were not clear on this issue (the resurrection), then we would certainly have a different issue on our hands; but unbeknownst to these aforementioned “biblical scholars,” the question concerning Christ’s bodily resurrection is clearly answered by God’s Holy Writ; yes, especially in the Gospels:

John 2:13-22: 13 And the Passover of the Jews was at hand, and Jesus went up to Jerusalem. 14 And He found in the temple those who were selling oxen and sheep and doves, and the moneychangers seated. 15 And He made a scourge of cords, and drove them all out of the temple, with the sheep and the oxen; and He poured out the coins of the moneychangers, and overturned their tables; 16 and to those who were selling the doves He said, “Take these things away; stop making My Father’s house a house of merchandise.” 17 His disciples remembered that it was written, “Zeal for Thy house will consume me.” 18 The Jews therefore answered and said to Him, “What sign do You show to us, seeing that You do these things?” 19 Jesus answered and said to them, “Destroy this temple, and in three days I will raise it up.” 20 The Jews therefore said, “It took forty-six years to build this temple, and will You raise it up in three days?” 21 But He was speaking of the temple of His body. [NASB, bold added for emphasis]

Not even a mountain of liberal education can hide the clarity of that statement!

But this is not all. The Apostle John helps us to understand the importance of Christ’s clear statement as it relates to being a true disciple who believes the Lord and His word:

John 2:19-22: 19 Jesus answered and said to them, “Destroy this temple, and in three days I will raise it up.” 20 The Jews therefore said, “It took forty-six years to build this temple, and will You raise it up in three days?” 21 But He was speaking of the temple of His body. 22 When therefore He was raised from the dead, His disciples remembered that He said this; and they believed the Scripture, and the word which Jesus had spoken. [NASB, bold added for emphasis]

PROFESSOR MARCUS BORG: “I have learned that the message of Jesus was not about requirements, was not about here is what you must do or believe in order to go to heaven. It was about entering into a relationship to God now in the presentI see in thatwisdom teacher and a social father. And for me as a Christian what Jesus was like as a figure of history is a powerful testimony to the reality of the sacred or the reality of God. Being a Christian doesn’t mean that one has to believe that Jesus really walked on water, or really multiplied loaves, and so forth. And I think that a literalistic approach to scripture has in the minds of many Christians become a major obstacle. I think I would be willing to say that the teaching of Jesus makes profound religious sense to me, whether Jesus said it or not. I’ll simply say that I think given my understanding of Christianity there’s all the room in the world for disagreement about whether the resurrection of Jesus involved something happening to his corpse, things like that. I grew up in a tradition which stressed correct belief, and I now see it’s not about correct belief it all. It’s about, you know, being in relationship to that to which all this stuff points. I think the resurrection of Jesus really happened, but I have no idea if it involves anything happening to his corpse, and, therefore, I have no idea whether it involves an empty tomb, and for me, that doesn’t matter because the central meaning of the Easter experience or the resurrection of Jesus is that His followers continue to experience Him as a living reality, a living presence after His death. So I would have no problem whatsoever with archaeologists finding the corpse of Jesus. For me that would not be a discrediting of the Christian faith or the Christian tradition.” [PBS Interview, March 28th 1997]

Whenever I read this, I am grieved in my heart for what this means for Mr. Borg. Like the Apostle Paul, even the enemies of the cross should be the object of our compassion and sorrow, especially in view of their certain doom (Philippians 3:18-19). Not believing the central promise of Christ – that His temple would be destroyed and raised again on the third day – reveals a dark and damning epistemology. He who denies the bodily resurrection of Christ, has rejected the One who calls Himself the way, and the truth and the life (John 14:6); even the resurrection and the life (John 11:25). Thus, finding the “corpse of Jesus” would mean exposing Christianity as a pitiable fraud:

For a man to deny the centrality of the bodily resurrection of Christ is about as meaningful as saying that the human body does not require a heart in order to live. Without a beating heart, all that you have is a dead corpse; in like manner, without the bodily resurrection of Christ, Christianity is a lifeless religion and we are all still dead in our trespasses and sins (1 Corinthians 15:17, Ephesians 2:1-3). Should we find a body – then we are most to be pitied. But thanks be to God, by His immutable power and promises, the Savior who died in sinners’ stead is risen.

Matthew 28:5-6: “……the angel answered and said to the women, “Do not be afraid; for I know that you are looking for Jesus who has been crucified. 6 “He is not here, for He has risen, just as He said. Come, see the place where He was lying.”

He has risen – just as He said.

That’s worth repeating: He has risen – just as He said! We have Good News to share with this world because the Savior’s tomb is empty – He is no longer here – just as He said. What the Lord of glory said that He would do, He did with immutable perfection, and therefore the hope of the Gospel message is a sure hope – without wavering.

To close, let me offer the following: having mentioned Mr. Wright in this article as I have, I would challenge him to answer for his public comments concerning Mr. Borg. What a wonderful thing it would be to see him renounce such comments for the glory of the risen Savior. Frankly, in view of Christ’s precious words of promise, it is only right that he do so:

John 8:31 “If you abide in My word, then you are truly disciples of Mine…”

Brethren – there is no “corpse of Jesus” to be found – anywhere. Being that there is no body in the tomb, there is therefore no pity needed for those who believe in Christ. The disciples of Christ are not the ones who are to be pitied in this world. Instead, we ought to pity those who have no hope because they have not believed in the Lord Jesus Christ – who has risen, just as He said.