What God Owes Us 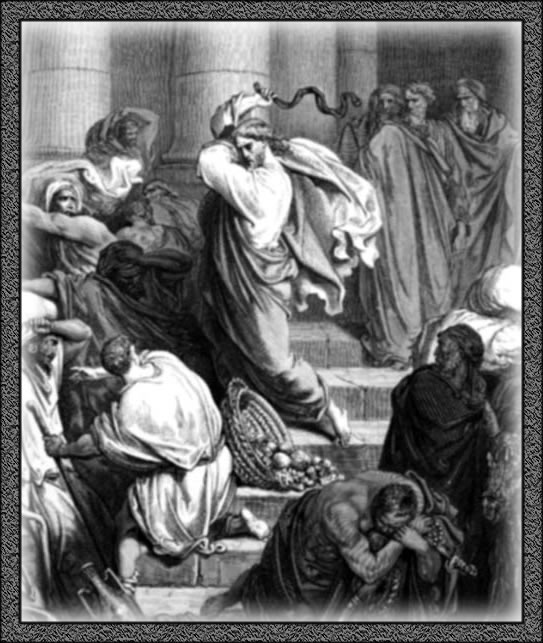 Throughout my life as a youth I had no better regard for Christmas than an alcoholic might have for a cheap bottle of booze.  For me, the only value of Christmas consisted of the food, free time, cash, and toys that I received during this festal season.  Of course, all of these base impulses of mine were well concealed beneath the veneer of my freckled smile and youthful charm.  I merely endured the holiday formalities so as to anticipate the morning of the 25th – and this I did with the pained anxiety of an addict.  As I look back on those days, I now realize that I never saw the depth of my blindness, and my utter lack of regard for much of anything else other than my own desires.  I do recall one Christmas morning where my hedonism had reached its peak.  In particular, I remember making an extra effort to detect the “goods” that I expected to receive that year.  To do this, I would carefully inspect the bags and packages as they were ushered into our house, and I even tried to probe my parents for information with the earnestness of a military tribunal.  I was so sure that I would be buried alive in a treasure trove of goods, unlike any other Christmas in the past, and this only intensified my anticipation for payday on the 25th.

To my horror, it was the most meager gift exchange in the history of our family.

I will never forget the dark feelings of resentment that I had for such an anticlimactic morning.  Sadly, instead of feeling rebuked for my selfishness, my overactive mind yielded a never ending supply of thoughts which justified my narcissism.  The smiles and thanks that I offered to my parents that morning only masked the darker reality from within – I wasn’t thankful at all.

In many ways, this is a picture of the natural man who does not give thanks to the very One who showers mankind with the daily gifts of His beneficence and kindness (Romans 1:21).  This is even true when it comes to the Father’s matchless gift of His beloved Son – Jesus Christ.  Frankly speaking, the natural man looks at the manger scene with contempt and disappointment – whether he might be a secularist or a religionist.  Now the secularist will reveal his contempt unhesitatingly; but the religionist is rather deceitful with his ingratitude.  Many religious people feign appreciation for God’s greatest gift to the world, but their real view of the manger scene is one which belies its true value.  How often do I hear men speak of God’s “gift” in terms which seem to emphasize the world’s supposed worthiness.  Such preachers portend a deity who is so focused on mankind’s value and need that he seems to be indifferent to his own justice and glory.  I have heard some preachers say – “If you were the only person on earth, God would still send His Son to die for you.”  Despite the better intentions of this expression, many offer this teaching with the following connotation: God gives His gifts based upon the value and worthiness of the recipient.  Now if this were truly the case, then we ought to refrain from calling Christ “God’s gift” to mankind and instead refer to Him as “God’s payment” to a worthy world.  In a paradigm of thinking such as this, it is as though God owed us the person and work of Jesus Christ.

This is the best that the religionist can do – in the bondage and slavery of his own heart and mind he can only transform the 1st Advent celebration into a payday; but the reality is that God owes us nothing.  He doesn’t owe us the next breath nor is He indebted to give us our next heartbeat.  He doesn’t owe us fruitful seasons, human joy, or even the glory of the Heavens above; and He certainly doesn’t owe us eternal bliss and forgiveness through the sacrifice of His Beloved Son.  The incarnation, perfect life, crucifixion, and resurrection of the Son of God was nothing less than an unmerited gift offered freely to a very unworthy and thankless people (John 3:16).  If one wishes to bloviate about the matter of what God owes us – then let him remember this: God does owe mankind His just and eternal judgment (John 3:18, 36).  Those who believe that they deserve a payday will in some sense get what they were looking for, but it won’t be what they were expecting.  In short, all religionists are like selfish little children huddled around the festal tree, seeing the gifts that are offered as being that which they deserve as good and worthy people.

Let me now end with a second Advent tale.  In 1982 I was in the military and was thousands of miles away from family.  I barely had two pennies to rub together, and the Christmas tree that I had was nothing more than a pine branch taped to a cardboard platform – it was all quite tacky at best.  From the world’s perspective it would all seem quite pathetic, and yet for myself it was the best 1st Advent celebration that I had ever celebrated in my life, because it was my first Christmas celebrated as a Christian.  It was the first time in my life that I realized that God had graciously refrained from giving me what I actually deserved and instead gave me the precious and undeserved gift of salvation through faith in the One who was crucified for my sin.  For the genuine Christian, the celebration of the 1st Advent of Christ is not merely an annual event – it is a perpetual remembrance and celebration of that gift which no man deserves.