The “Problem” with Christianity 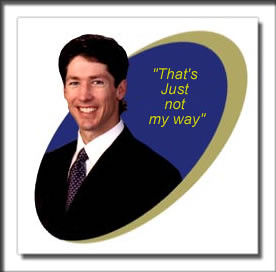 In the eyes of the world, Christianity has a problem – a very serious problem. This perceived problem is that biblical Christianity is not inclusive with respect to other “faiths.” In fact, the Lord Jesus Christ provides us with an irreducibly narrow teaching concerning how a person must be saved:

This arthrous* construction leaves little to the imagination and no room for speculation; that is to say, there is a definiteness to what the Savior is saying here: there is only one way, and only one truth and only one life and His name is – The Lord Jesus Christ. The smallest child could do the math on this issue and those who deny that Christ is our only hope cannot claim that the Scriptures are unclear in any way. Instead, when people deny the claims of Christ they are simply suppressing the truth in unrighteousness (Romans 1:18).

Thus, this is not an intellectual problem, it is a spiritual problem whereby those who deny the singularity of Christianity are ultimately denying Jesus Christ Himself.

To illustrate this point, consider for a moment the following segment from the Larry King show in which Joel Osteen vacillates on a simple question concerning the singularity of Christ as the only hope for mankind. Rather than giving us a clear description of his views, he dodges the clear meaning of John 14:6. There is even a point in which Mr. King seems to understand the plain implication of John 14:6 and even tries to help Mr. Osteen think through the realities of what it has to say – watch:

What a remarkable example of deception this is. Every time that Mr. Osteen is asked about whether Jesus Christ is the only way to heaven, he responds with “it isn’t my business to say who is and who isn’t going to heaven” and “that’s just not my way.” Certainly, it is important that we refrain from rushing to judgment concerning the eternal state of people that we don’t know – but this is not the point. Sadly, Mr. Osteen’s responses had nothing to do with the questions that were being asked. When the caller asked him why he was side-stepping Mr. King’s question about how a person can get to heaven, and queried about the meaning of John 14:6, Mr. Osteen managed to side step the matter entirely; even when Mr. King asked about atheists!

Mr. Osteen is not an ignorant man. His problem is much more serious – he has a problem with the exclusive claims of Cristianity, and it is important that such men be called out for what they really are – wolves in sheep’s clothing.

*arthrous constructions – refer to substantives which are prefaced with an article and are therefore considered to be definite in nature – meaning that there is a specific quality or identity in view. John 14:6 is a simple predicate adjective construction with three arthrous substantives – all of which give us the clear understanding that the Lord is being very definite or specific about His very nature as the only way, truth and life. This is reinforced when He then says: “…no one comes to the Father but through Me.”