The News Lineup @ The Armoury 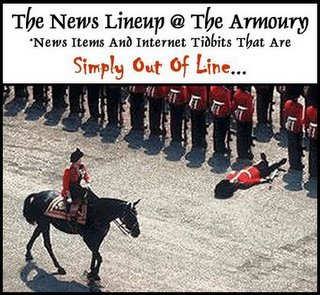 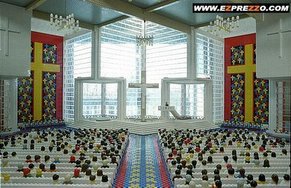 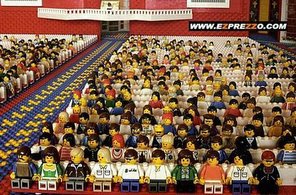 There they are – the Lego-ites; not a very popular movement in America. I may have preached at this place before… 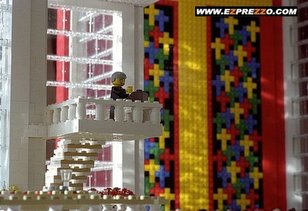 Comes complete with a Lego pulpit and Lego-ite preacher…

A woman in a hot air balloon realized she was lost. She lowered altitude and spotted a man in a boat below. She shouted to him, “Excuse me, can you help me? I promised a friend I would meet him an hour ago, but I don’t know where I am!” The man consulted his portable GPS and replied, “You’re in a hot air balloon approximately 30 feet above sea level. You are 31 degrees, 14.97 minutes north latitude and 100 degrees, 49.09 minutes west longitude.”

She rolled her eyes and said, “You must be a Republican.””I am,” replied the man. “How did you guess?” “Well,” answered the balloonist, “everything you told me is technically correct, but I have no idea what to make of your information, and I’m still lost. Frankly, you’ve not been much help to me.”

The man smiled and responded, “You must be a Democrat.” “I am,” replied the balloonist. “How did you know?” “Well” said the man, “You don’t know where you are or where you’re going. You’ve risen to where you are, due to a large quantity of hot air. You’ve made a promise that you have no idea how to keep, and you expect ME to solve your problem. You’re in EXACTLY the same position you were in before we met, but somehow, now it’s MY fault.”