The Mortification of Rats 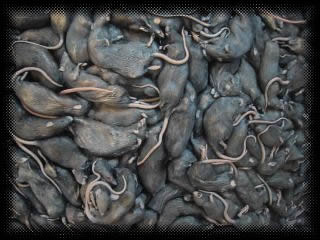 Here is a rather peculiar story – one that reminds us that reality is often stranger than fiction. It even reminds us that much of what happens in this world can be seen as a kind of metaphor for spiritual truth:

According to a CNN news report, Roger Dier of Petaluma California, had to have 1, 300 rats removed from his home by animal control officers. But interestingly, this infestation came about by Dier’s own hand. Four years ago Dier bought a baby rat to offer as food to his pet Indian python; but when he saw the rat “squeaking for its life” he couldn’t go through with the procedure. Instead he “took the rat out of the cage and got to know it.” He bought a few more (failing to have them spayed or neutered) and… the rest is history. Dier’s infestation problem remained a secret until a neighbor complained about the smell. When the animal control officers arrived they found rats stacked on top of each other in their cages; there were rat droppings mixed with feed mix on the floor, gnawed walls and the strong odor of urine throughout the home. The rats were so crowded that some were missing eyes and limbs – most had to be euthanized. And if this weren’t strange enough, add to this the fact that in 1963 Dier’s Culver City apartment was used as a hideout by two men who were later convicted of kidnapping Frank Sinatra Jr., son of the legendary king of the “Rat Pack.”

Dier told reporters that his depression and loneliness prevented him from doing anything about the infestation. He said – “It was this force of nature that overwhelmed me.”

Of course, Mr. Dier was cited for 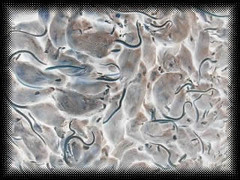 By drawing these parallels, I am in no way trying to pick on Mr. Dier. In fact, what I have written “It was this force of nature that overwhelmed me.”should be a reminder that we are very much like the man. Spiritually speaking, we too have a battle with rat infestation. But there is a distinction. For the natural man, all that he can confess is this: my sin is a force of nature that overwhelms me. This is another way of saying – I am a bondslave to sin. But when the Christian sins, he does so contrary to his freedom in Christ, having been tempted by his own lusts and deception (James 1:13-15). But the principle remains true – we must guard against the infestation of sin in our lives by the power of Christ alone.

Thus, my advice to you today is – be sure to find and kill as many of your rats as you can!