The Meaning of the Word – “Is”

As many of you are aware, ABC’s recent program “Path to 9/11” begat quite a furor 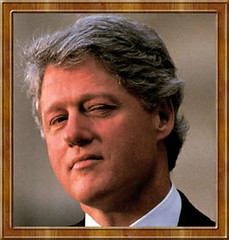 with our former president – Bill Clinton. Apparently, he and his legal advisers were seriously concerned about the political fallout that might ensue as a result of the storyline presented in this television docudrama. They charged that much of the program pursued a degree of artistic license that corrupted the truth of the historical record, and therefore, the legal letters began flying just on the eve of the program’s scheduled air time. In one interview, Mr. Clinton was quoted as saying:

“We just want people to tell the truth.”

His brief comment put me in a reflective daze. It wasn’t what he said, but who was saying it that put me in this contemplative trance. I couldn’t help but to think of the many national tragedies that have ensued in our land in the wake of this man’s “leadership” as our president: the wholesale legitimization of homosexuality; the increase in license for abortion; the cultural demoralization of sex and marriage, not to mention the fact that he singlehandedly took the grave office of the presidency and turned it into a fiasco through his repeated lies.

This is the man who wants people to tell the truth. 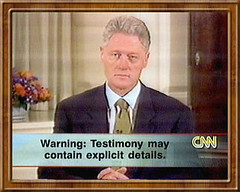 If this were really Mr. Clinton’s standard (i.e., telling the truth) then his record should be reflective of this, but it is not. Our former president, who was impeached by the House of Representatives for perjury and obstruction of justice, is perhaps one of the last people in our nation qualified to speak to us about the matter of truth-telling. Even if ABC has incorporated some embellishment in its miniseries (I can’t say for sure) I must cast my doubts on Mr. Clinton’s desire for truth. Historically, his greater desire has been for popularity rather than truth; and now that his term of office is over, he has evidenced a greater desire to preserve his reputation and “legacy” more than anything else. The fact that he has professed to be a Christian has only increased the popular view which says that Christian discipleship is all about well articulated words, rather than a life of loving devotion to the Lord Jesus Christ. If he has a legacy to speak of, it is not one worth repeating.

When the impeachment proceedings were under way, I couldn’t help but to send off some thoughts to the House Judiciary Committee. I did this, not because I was certain that it would go very far – or anywhere at all; rather, I did it as a matter of conscience before God, knowing that as a citizen of God’s kingdom, I needed to offer a warning of some kind – again for conscience sake. I managed to find the letter, the contents of which are below:

To: The members of the House Judiciary Committee –

I believe that the responsibilities of the House Judiciary Committee are deeply profound. I am convinced that the 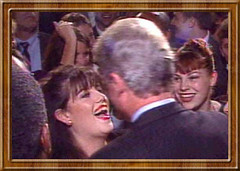 fundamental issue at hand is the battle for truth, not politics. Let’s clear away the smoke and rubble of the opinion polls just for a moment and resolve this single matter: That the Judiciary Committee’s principal responsibility is that of vindicating the standards of justice. While the nation is clamoring for various conclusions to this matter concerning the president, it must be resolved that the demands of justice must be satiated [absolutely], rather than the felt needs of the people. A classic, historical example of our present crisis comes to us from the annals of Roman history in the Emperor Nero. Nero was one of the most popular Emperors that Rome ever had (possibly next to Julius and Augustus). Nero was loved by the people and 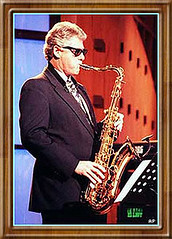 in droves they rendered their support to him without wavering. However, Nero, unbeknownst to the greater masses, quietly wreaked havoc upon the nation by depleting the national resources, disregarding the powers of the Senate, abandoning his duties often for the sake of recreation and ultimately by destroying the fabric of justice in his own life and in the lives of those closest to him. The majority of the Senate loathed Nero, and did nothing to him when he (among other infractions) forsook his wife Octavia for the married woman Poppaea. This event was nothing more than an illustration of the many ways in which Nero practiced deceit; but as 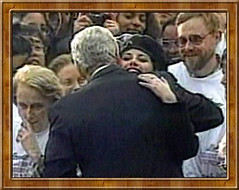 long as the people hailed him as a competent leader, the Senate kept their hands off of him. It wasn’t until Nero’s professional abandon came to an extreme that the Senate formally declared Nero to be the Republic’s number one enemy. Before he was finally removed from office, he had successfully diminished the power of Rome so severely that the government barley had the ability to recover from his seeds of destruction. While the correlations between 1st century Roman government and the governmental systems of the United States are not one to one, there is a serious parallel: The Roman Senate tolerated injustice until it was too late. They listened to the opinions of the masses rather than to the voice of justice. I believe that the pregnant lessons of history have been so severely forgotten that we are nearly doomed to repeat them. It is sad to think that this matter must be so hotly contested. Apart from the tabloid nature of this crisis, there is the very real crime of deceit and lying. I feel very sorry for Mr. Clinton, and it is my responsibility to honor and pray for the king (i.e., the president in his presidency); but when I talk to my oldest child about the nature of our president’s “leadership” I am forced to explain to her that he is a man who is comfortable with his deceit and lies. As he continues to hide behind his diagrammatical analysis of deponent verbs, he is showing all the more his willingness to deceive and lie, knowing that he probably won’t face any consequences wrought by means of true justice. I would issue the challenge of the priority of truth and justice, believing that the lack thereof renders any would-be-leader as impotent and useless. As a Christian and a pastor, my greater concern is for Mr. Clinton’s eternal soul, not his political career. And, should America decline and fall as did the nation of Rome, my citizenship will not be at all challenged, for my citizenship is a heavenly one and the Monarch that I serve will never waiver in the matter of justice and equity. But I have shared these matters with you in order to present the lawful matters at hand, knowing that even temporal governments are given as a minister of God to accomplish His purposes no matter what happens in this life.

Praying for the leadership of this nation (1 Timothy 2:1-2) and knowing that God’s justice will prevail in the end.

Our family often prays for the Clintons, and for many of those in governing authority whose convictions and lives stand in clear opposition to the teachings of Scripture. This we do because we know that the Lord has the power, grace and mercy to save them. For myself, I know this biblically and experientially, after all the Lord saved this wretch by that same power, grace and mercy. His grace is sufficient to save any – and that is a fact.