The “Gospel” of Judas 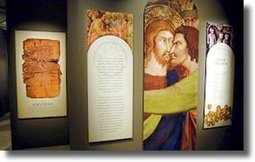 “A Different Judas: Ancient text sheds light on disciple as Christ’s collaborator, not his betrayer” reads one newspaper headline. Yes – we could call this “new light” – Judas the collaborator. It is amazing, isn’t it, that God’s Word rarely makes the headline news; but a heretical and pseudepigraphal text, which has the substantive sophistication of a comic book (less the pictures), gets top coverage – along with a two hour special on a National Geographic cable program. This fable frenzy is just another sad illustration of what the Apostle John taught: …the whole world lies in the power of the evil one [1 John 4:19]. Like many of the “controversies” that surround the Bible today, the “Gospel” of Judas is just another overly-hyped, valueless flop, that will be heralded by a lost world which is content to feast on frivolity while forsaking the rich feast of God’s Holy Word. Despite all of the well-rehearsed talking points out there in the media, this is no controversy; instead, it is yet another moment of corruption that has been advanced by men who are at enmity with God and His Word. Frankly, if the fable frenzy were not so corrupt and foolish, it would actually be funny.

Sunday evening, at Pilgrim Bible Church, we had the opportunity to review the subject of the gnostic book called: The Gospel of Judas. It was my goal to equip the brethren with just enough background about this text so that they would be mindful of two things: 1. This is a non-issue; and 2. That this should be used as an opportunity to share the Gospel of Christ. The following is a summary of our two points of evaluation: 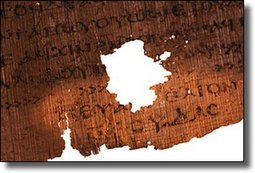 1). The Gospel of Judas: A Non-Issue: What is called “The Gospel of Judas” is in fact a pseudepigraphal and gnostic text that was written sometime in the 2nd century A.D., most likely by a heretical group called the Cainites (more on the Cainites later). While scholars have known about this manuscript’s existence from the beginning, an actual copy was only recently recovered in this century. It is pseudepigraphal because it was not written by Judas, but was a contrived document that sought to vindicate the “son of perdition” as a part of the system of doctrine peculiar to the Cainite dogma. It is gnostic, in that it upholds the basic tenants of a very broad system of religion that more fully developed during the 2nd century A.D. It is important to clarify that gnosticism has nothing to do with Christianity; but people become confused over this issue, especially since many gnostics adopted some constructs of Christian doctrine that only gave it the appearence of Christianity:

“The name (from the Greek gnosis = knowledge – since Gnostics claimed to have a secret knowledge which was the key to salvation) is given to a group of systems taking color, chameleon-like, from their intellectual surroundings. Their beginnings preceded Christianity by many years. These systems were philosophical in that the problem which concerned all Gnostics was the reconciliation of the existence of evil with God who is good; religious because they offered salvation.” [A History of Heresy, David Christie-Murray, Oxford University Press, p. 21].

Likening gnostic teaching, or gnostic writings, to the teachings and writings of Holy Writ is frankly rediculous – even heretical. Though the gnostics claimed to be Christian in their root form, they were very far from it. They devised a system of doctrine that was based upon Greek mythology (and Platonic dualism) that looked to reconcile the reality of God’s holiness and the existence of evil. While their systems of religion varied from group to group, they all patterened themselves after the following model: 1. God created a sphere of spiritual beings in what was called the “Pleroma”: these beings were said to be able to create and procreate; 2. Sophia (one of the spirit beings of the Pleroma) wandered away to the edge of darkness and procreated a being called the Demiurge who was said to be Jehovah, or the being who created Jehova; 3. It was this Demiurge who created the fallen world and it is by this system of separation that the existence of evil was thought to be clarified. Of course, this solves nothing and only produces a pagan religion that is utterly anti-Trinitarian: 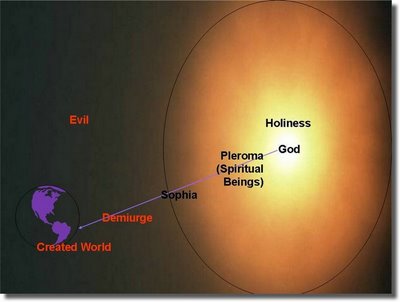 Gnosticism is not a variant form of Christianity – it is an anti-Christian heresy. But of course, the gnostics of the 2nd century were very skilled at adapting their appearence in order to resemble Christianity, thus maintaining the perception that they were not heretical. Consider Irenaeus’ observation of the tactics of one gnostic group, the Valentinians:

“When the Valentinians meet people of the great Church [as Irenaeus himself records] they attract them by speaking as we speak to one another. They complain to us that we are treating them as excommunicated when, in this or that respect, the doctrines are the same, and thus, they unsettle our faith little by little by their questions. Those who do not resist, they make into their disciples: they take them aside to unveil before them the unspeakable mystery of their Pleroma.” [Jean Doresse, The Secret Books of the Egyptian Gnostics, MJF Books, New York, pp. 18, 19.].

For the gnostics, Christian vocabulary was a useful cloak that was used to hide error and draw new disciples. However, their teachings and mystical texts are not comparable to Scripture by any stretch of the imagination; and lest we think that this is the last that we might hear about such gnostic documents “shedding a new light” on our understanding of the Biblical record, let the reader be warned – there are many other such gnostic texts. So mark your calendar now, you’ll probably hear about others in the future:

The interesting thing about the Gospel of Judas is that it was refuted as a heretical work in its own day by several early church fathers – most notably by Irenaeus, Bishop of Lyons. In his work “Against all Heresies” Irenaeus invests 31 chapters of ink and paper in refuting the heresies of his day, to include the Cainites along with their heretical, pseudepigraphal “Gospel of Judas”:

Against all Heresies, Chapter XXXI. – Doctrines of the Cainites. Others again declare that Cain derived his being from the Power above, and acknowledge that Esau, Korah, the Sodomites, and all such persons, are related to themselves. On this account, they add, they have been assailed by the Creator, yet no one of them has suffered injury. …they declare that Judas the traitor was thoroughly acquainted with these things, and that he alone, knowing the truth as no others did, accomplished the mystery of the betrayal; by him all things, both earthly and heavenly, were thus thrown into confusion. They produce a fictitious history of this kind, which they style the Gospel of Judas.” Roberts, A., Donaldson, J., & Coxe, A. C. (1997). The Ante-Nicene Fathers Vol.I : Translations of the writings of the Fathers down to A.D. 325. The apostolic fathers with Justin Martyr and Irenaeus. Oak Harbor: Logos Research Systems.

Irenaeus understood that this movement, along with their concocted writings, were a menace. They sought to make prophetic heros of men like Cain, Esau, Korah, the Sodomites and Judas. Their theological agenda should be clear here: Heretics are heros. The only light that this might shed upon the Biblical record is that those who mock the Word of God have been around from the very beginning – from their day to ours today.

2. This should be used as an opportunity to share the Gospel of Christ: The water-cooler conversations that we might have over this, or even the Davinci Code, should be opportunities for us to bring people to a contemplation of God’s Word. In the case of the Gospel of Judas, the record is clear concerning Judas’ defection:

John 17:12: 12 “While I was with them, I was keeping them in Your name which You have given Me; and I guarded them and not one of them perished but the son of perdition, so that the Scripture would be fulfilled.”

Mark 14:17-21: 17 When it was evening He came with the twelve. 18 As they were reclining at the table and eating, Jesus said, “Truly I say to you that one of you will betray Meone who is eating with Me.” 19 They began to be grieved and to say to Him one by one, “Surely not I?” 20 And He said to them, “It is one of the twelve, one who dips with Me in the bowl. 21 “For the Son of Man is to go just as it is written of Him; but woe to that man by whom the Son of Man is betrayed! It would have been good for that man if he had not been born.”

Judas was the son of perdition, of whom the Savior said: “It would have been good for that man if he had not been born.” Judas’ defection, condemnation and damnation is no laughing matter. His hellish torment should serve as a warning to others that those who reject the Savior stand as the enemies of God and as the collaborators of Judas, and even Satan himself. The valid warning that we ought to issue to the lost is that the Lord graciously calls them to salvation through faith alone in Christ alone. Should they resist the Redeemer’s offer of mercy and grace, then they will only join the confederacy of the fallen, along with Judas the traitor – the son of perdition.