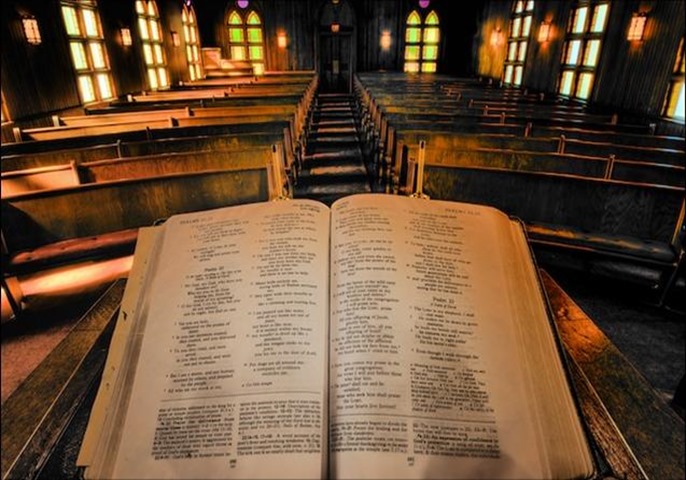 Every election cycle I find myself reconsidering several scriptural principles that offer crucial insight regarding our freedom and right to vote. Amidst this confounding election season, the intensity of this review has grown steadily each and every day:

1. The Disease of Ungodly Fear: The psalmist gives us a clear warning regarding ungodly fear: “Cease from anger, and forsake wrath; Do not fret, it leads only to evildoing” (Psalm 37:8:). David’s important instruction in the eight verse comes on the heels of his introductory commands where he says: “DO not fret because of evildoers, be not envious toward wrongdoers…” (Psalm 37:1). Contextually speaking, David is reminding us that ungodly fear is a deadly disease: one that only leads only to evildoing. We must not miss the force of the Hebrew asseverative particle (ak) which points to a certain outcome of evil (ak lehara’) – “only leads to evildoing.” This passage, and many others like it, reminds us that we are all distracted from the priority of fearing God when we give in to the fear of men. Such ungodly fear leads to internal division, confusion, and eventual compromise. However, godly fear brings unity and peace to our hearts when the majesty and sole authority of God remains our focus: “Teach me Thy way, O LORD; I will walk in Thy truth; Unite my heart to fear Thy name” (Psalm 86:11). The relevance and application of this principle should be quite clear. Our nation has been descending into a downgrade of evil with an unimaginable, accelerative force. However, should we focus on this deluge of evil too much then we will lose sight of the immutable sovereignty of our Lord and King (Psalm 29:10); and such a distraction as this will lead only to ungodly fear and fretting. In the end, whatever choices you make in the upcoming election, remember to fear God rather than men (Matt. 10:28), lest your thoughts and actions enter into the realm of evildoing.

2. The Danger of Human Presumption: Up to this point we have all heard, ad nauseam, the political pontifications and promises made by each candidate. What is so stunning about their confident promises is the fact that they all speak with such certitude about the future that you would think that they were claiming the gift of prophecy. While we can assume that their descriptions of the future are designed to convey a spirit of confidence and certitude, it really smacks of plain human presumption: James 4:13–16: 13 Come now, you who say, “Today or tomorrow, we shall go to such and such a city, and spend a year there and engage in business and make a profit.”14 Yet you do not know what your life will be like tomorrow. You are just a vapor that appears for a little while and then vanishes away.15 Instead, you ought to say, “If the Lord wills, we shall live and also do this or that.”16 But as it is, you boast in your arrogance; all such boasting is evil.” To be frank, American elections tend to degrade into boasting matches between individuals who haven’t the humility to say: if the Lord wills. Amidst the fervent contest of winning the American voters’ confidence, these candidates shamelessly trample over James 4:13-16 in their dusty Bibles. We shouldn’t be surprised when unbelievers (religious or not) engage in such evil-boasting, but when professing Christians join the chorus and repeat the shallow boasting of such presidential candidates, they enter into a dangerous and compromising partnership.

3. The Danger of Evil Partnerships: It is one thing to enter the space of a voting booth and vote one’s conscience as a private choice before God, but when individuals make the decision to become a public advocate of their candidate, they enter into a form of partnership with that candidate. Clearly, there will be degrees of such affiliations, from those who join the campaign trail to those who remain grass-roots supporters. In the age of the Internet, we are only a click away from offering political promotions to the entire globe. Whatever the degree, such a choice of public advocacy means that an affiliation is being made in the public view and, for Christians, this choice must be taken seriously. While Scripture is silent concerning the matter of political elections (biblical history is filled with judges, kings, despots, and dictatorships – not democracies), it is not silent regarding the nature of our associations. When warning the Corinthian church regarding the danger of her worldly associations, the Apostle Paul issued this command: 2 Corinthians 6:14–15: 14 “Do not be bound together with unbelievers; for what partnership have righteousness and lawlessness, or what fellowship has light with darkness?” 15 “Or what harmony has Christ with Belial, or what has a believer in common with an unbeliever?” This warning of Paul’s against the Corinthians’ flirtations with worldliness is not at all new. Of course, he is not arguing for a complete avoidance of the world, which is impossible (1 Corinthians 5:10); instead, he is arguing against entering into dangerous allegiances with unbelievers that will corrupt our Gospel testimony. John Calvin helps us to understand the scope and intent of Paul’s instruction: “[v. 14] ’Be not yoked’… The word that Paul makes use of means — to be connected together in drawing the same yoke. It is a metaphor taken from oxen or horses, which require to walk at the same pace, and to act together in the same work, when fastened under one yoke. When, therefore, he prohibits us from having partnership with unbelievers in drawing the same yoke, he means simply this, that we should have no fellowship with them in their pollutions. For one sun shines upon us, we eat of the same bread, we breathe the same air, and we cannot altogether refrain from intercourse with them; but Paul speaks of the yoke of impiety, that is, of participation in works, in which Christians cannot lawfully have fellowship.“ Calvin goes on to point out that many believers utilize this text as a warning against marrying unbelievers. While Calvin is quick to point out that this is not the particular focus of Paul’s instruction, the prohibition of unequally yoked marriage constitutes a valid application of the text, in view of the principle it teaches, that is, we must forsake any close association which makes us partners with idolatry. When considering the importance of such a passage as this, I must express great concern regarding the eagerness of some believers to partner themselves with ungodly men and women for political purposes. If our heavenly citizenry holds any precedence at all, then our earthly politics should reflect this. I sense the gravity of this principle especially as a pastor. If I made the decision to yoke myself with an unbelieving candidate, offering my advocacy in public and telling Christ’s sheep that they too should vote in alignment with my choice and preference, then this would be a most disturbing choice. As a minister of the Gospel, who is called to preach the word and nothing else, it would be an act of abject intemperance to pressure God’s people into making such an allegiance. Men who do this often seek to shame those who believe that their better choice is to vote for a third party, or not at all. Remarkably, Thabiti Anyabwile has recently promoted the idea of voting for the “predictable evil” of Hillary Clinton, while Steve Camp publicly confronts those who seek alternatives to Trump (e.g., Twitter):

Public shaming such as this is often followed by the desperate illogic of: your vote for candidate “C” equals a vote for candidate “A.” Such reasoning hardly merits a response, however, it should be clear that the believer who votes his conscience (despite the fearful pressure around him) is the one who is leaving the matter of election in the sovereign hands of Almighty God.

In the end, I am thankful that when I enter a voting booth, it is private. As a matter of conscience before God, I often have to make choices that are quite difficult knowing that I am voting for flawed and imperfect people whom I do not know personally. Even if I did know them personally, such knowledge is still limited. When Christ announced to the disciples that one from their number would betray Him, the disciples had no sense of who it would be. We should learn an important lesson from this. If the disciples could not discern that they walked with the “Son of perdition” all those years, we should be even more temperate in our judgments about people, especially presidential candidates whom we have never met.