Interpreting the Message of Homosexuality, Part IV – The Challenge of Evangelism 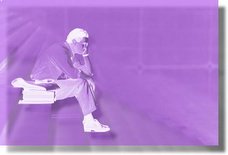 In the first three posts in this series, we looked at the cultural prevalence of homosexuality and even of effeminate men. Overall, we can see that when men and women defect from their God-ordained roles, the consequences will be many, however the greatest defection of all enters into this realm of men and women exchanging their natural function for that which is unnatural (Romans 1:18-32). But such extreme manifestations of corruption and sin should not detract us from the reality of universal depravity; nor should it alter our understanding of our mission to the lost – homosexual or not. Thus, the singular solution to the problem of homosexuality, or any sin for that matter, is found in the life changing Gospel of Jesus Christ – period.

Well, now that I have told you something that you already know – now what?1 Corinthians 6:11 And such were some of you…

I find that there still is a need to address this subject of evangelism, rather than assume that it is all too obvious to everyone reading this. While all genuine believers would affirm this priority of proclaiming the Gospel, there is however a great disconnect that can develop between what we affirm as being true versus what we are willing to practice in our daily lives; and this is true for all us. Our repulsion to the sins of others can sometimes lead us to forget that before grace, we too exercised great rebellion before God. But our journey through grace must never lead us to think that we are compositionally different than any other sinner in this world. After all, we are cut out of the same fallen fabric as any other descendent of Adam and Eve in this world – and we cannot forget it (Ephesians 2:1-3, 1 Corinthians 6:9-11).

When contemplating the subject of evangelism and homosexuality, I am brought back to the distant memory of my earliest days as a believer. When I was newly converted I found myself surrounded by a smorgasbord of humanity. At work, my 4 co-laborers were Mormon, Roman Catholic, Unitarian and Buddhist. As you might deduce on your own, such an environment as this supplied me with no shortage of challenges; but the Lord used it all to send me to my knees and into His Word on a daily basis. At home (in my military barracks), I lived in close proximity to a wide variety of men, but one day I found that I had a new neighbor moving in – he was a younger man who was remarkably effeminate. Suspicions grew in our squadron that this man, and a close friend of his, were homosexual. I was only a few months old in the Lord when this happened. Frankly, I remember asking the Lord why it was that I had to be located right across the hall from this person. I was so repulsed by this young man that I wanted to avoid him altogether. But in a short span of time, I was convicted over my own selfishness as I realized that the Lord had His purposes in this. I was also convicted that my focus on his effeminate nature led me to a strange hypcocicy – one that led me to believe (falsely) that I had the right to ignore him. However, I didn’t have that right, and God in His grace spared me of the experience of having to be swallowed by a fish in order to send me over to this young man with the Gospel. What the Lord was teaching me through this experience was that while it is needful for us to be repulsed by sin (all sin), we cannot lose our compassion for lost souls and thus think that our Gospel mission can be altered in any way – for the Lord calls us to be merciful to the lost while hating the pollution of sin in this world:

Jude 21-23: 21 keep yourselves in the love of God, waiting anxiously for the mercy of our Lord Jesus Christ to eternal life. 22 And have mercy on some, who are doubting; 23 save others, snatching them out of the fire; and on some have mercy with fear, hating even the garment polluted by the flesh.

Spending time with this young man was difficult, but by God’s grace I was able to have several direct conversations with him about Christ. Strangely enough, he was only with us for a few weeks. He and his “friend” were soon discharged from service when it became evident that they 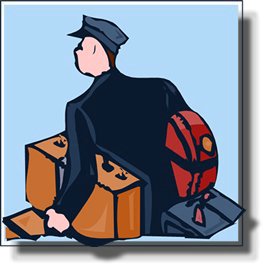 were in fact homosexuals. When this happened, my worst suspicions were confirmed. Both of these men were moved out so quickly, that no-one really knew what had happened. Their immediate departure made me all the more glad that the Lord had convicted me of my pride and arrogance so quickly. Who knows if the Scriptures that I shared with that young man will ever take root in his life – only eternity will reveal that; but I thank the Lord that His rebukes to my heart came early, and with such an important lesson; after all, the Lord Jesus Christ was faithful to proclaim good news to wretched sinners – even to myself. Should His disciples be Revelation 21:6 I will give to the one who thirsts from the spring of the water of life without cost.committed to any standard less than that?

As in all things, we must avoid the extremes which tempt us to err on either side. On the one hand we cannot ignore sin in an effort to be loving and gracious to others; and on the other hand, we cannot allow our focus on particular sins to steer us away from others who need the Gospel just as desperately as we did before we were redeemed by God’s grace. Our Lord is not a respecter of persons, and He delights in magnifying His grace and mercy through those whom He redeems. It is certainly not up to us to determine who will be His vessels of mercy or wrath – that is His choice, and His choice alone.