Insanity is in Their Hearts

Posted on August 30, 2006 by miykaeljb
Ecclesiastes 12:14: …God will bring every act to judgment, everything which is hidden, whether it is good or evil. 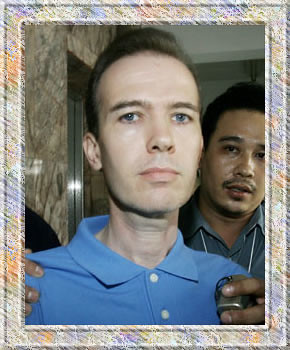 On the day of God’s judgment, all human vanity and evil will be exposed by the sovereign Lord, from Whom no one can hide. Thus every act of mankind, both evil and good, will be exposed on that final day. Despite the gross imperfections of our modern legal system, we can know with certainty that nothing will pass by the Holy Judge in His courtroom of eternal justice.

This conclusion of the book of Ecclesiastes is indeed an important one. It is the final conclusion of a series of premises which expose mankind’s depravity and this world’s repeated vanity. One such premise of human depravity occurs in Ecclesiastes 9:3, where we are given a rather grim picture concerning the very nature of man itself:

Ecclesiastes 9:3: 3 This is an evil in all that is done under the sun, that there is one fate for all men. Furthermore, the hearts of the sons of men are full of evil and insanity is in their hearts throughout their lives. Afterwards they go to the dead.

The two Hebrew words that are employed to speak of the human heart are 1) evil (ra’) and 2) insanity (holehut). The first word speaks of man’s innate propensity towards wickedness, whereas the latter word speaks of a madness which dwells perpetually in the very affections and minds of men. As the TWOT puts it: holehut (from halal) “…stresses the irrational aspect of insanity…[rather than] the behavioral aspect.” In other words, Ecclesiastes 9:3 is essentially providing us with a spiritual X-Ray of the human heart and mind.

Thus, according to Ecclesiastes 9:3, mankind’s heart and mind is a cesspool of evil and insanity.

Stop and meditate on that one for a while when you have a moment. The hucksters of modern psychology would have us to buy into the idea that there is a way to obtain mental health through the philosophies of men; but if they were to deal honestly with Ecclesiastes 9:3, they would have to conclude that true mental health is impossible apart from God’s regenerative grace. In fact, perfect mental health will only be 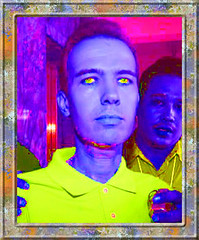 realized by the children of God when they are in glory. Until then, all the members of the human race will have to deal with some measure of madness in their lives. Even as the redeemed of God, we still need our hearts and minds to be sanctified by God’s truth (John 17:17, Romans 12:1), lest we degrade to the madness and folly of our own human wisdom!

Texts such as these have been a central point of meditation for myself during this whole John Mark Karr media fiasco. I believe that events like these should offer a warning both to the lost and to the believer as well. For example, consider the following:

First of all, we need to be careful to avoid the very media insanity which we see so often in the present day. In this particular case, there was a very quick rush to judgment. Before the matter was confirmed the media had its own legal “experts” pontificating about what would happen to this man whom many presumed to be guilty in the first place. In a world that is void of madmen and liars, one could accept an admission of guilt without a single doubt; however in a world where evil and insanity prevails, we need to allow the facts of a case to prevail rather than the confessions and rumors of sinful people (Deut. 19:15-17).

Secondly, we need to avoid the hypocrisy of our present culture. I find it to be interesting that our secular society was eager to catch this child killer, and yet many of these same people were praising the passage of the morning after pill for over the counter use, just this last week. What happened to little JonBenet is utterly repulsive and disgusting, but we must not let this truth lead us to forget that anyone who murders a child (of any age) is full of evil and insanity.

Thirdly, we must remember that all men are at enmity with God, and are the very objects of His judgment (John 3:36). The children of wrath (Ephesians 2:3) are not only child killers, but they are also adulterers, homosexuals, effeminate, thieves, fornicators, idolaters, covetous, drunkards, revilers, swindlers, haters of good, gossips, slanderers, inventors of evil, boastful, arrogant, insolent, being full of envy, murder, strife, deceit, malice and rebellion against authority (1 Cor. 6:9-10, Romans1:28-32). You see, while many people may be convinced that a child killer deserves the judgment of God, they may not agree that these other categories of sin are deserving of the same judgment. All have sinned and fall short of the glory of God (Romans 3:23).

Fourthly, the reality of universal sin does not nullify the truth concerning the degrees of sin and judgment (Matthew 11:20-24, Matthew 18:5-6). All sinners are condemned universally, but not all will be judged equally in view of their sins in this life. This point becomes an important warning to the impenitent, as it reminds them that though they may escape the justice of men in this life, nothing will be overlooked in hell; for in that place of perpetual judgment, men will be tormented according to the deeds of wickedness that they committed in this life, for the smoke of their torment will rise forever and ever (Revelation 14:11).

Finally, as Christians we must avoid the error that our world makes by taking a man like this and parading his wickedness in the public eye as an act of arrogance and self-righteousness. I have to say that even though Mr. Karr did not commit the crime of murdering little JonBenet Ramsey, I still find myself disgusted with the wickedness of a man whose fantasy life had become so vile that he wanted to believe that he himself brutalized a six year old child. Any believer should be disgusted by such a thing, however we must not forget that all of Adam’s descendents need God’s grace in order to be kept from the countless forms of evil and insanity that are found among men.

Frankly, the whole John Mark Karr dialogue should be viewed as an opportunity to share Christ with others. A water-cooler discussion such as this ought to be an immediate opportunity to herald the saving grace of Christ to others who need to understand that while they too may feel repulsed over Mr. Karr’s deed, they must also answer to God for the evil and insanity that is in their own hearts.

Christian – what would you or I be doing had we not been saved by the grace of God? Frankly, I don’t want to know.