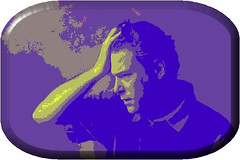 While we were away at New River, enjoying some great time of family camping, I made a rather distasteful discovery. It happened on the first morning that we were there. Being the rugged-do-it-yourself-survivalist that I am, I decided to do what most rugged campers do when they are out in the wilderness:

I took the family to McDonalds.

That’s right. I do this from time to time, mostly because the kids enjoy it. As for myself, fast-food adventures such as these are a painful sacrifice that I make for their sake alone. But what was troubling about our Golden Arches adventure had nothing to do with the food that was served, instead, it had to do with the Tuesday morning edition of the Winston Salem Journal on my breakfast McTable. Of course it was 6/06/2006, so there was the obligatory 666-day article for those who lived in a superstitious dread of the occasion; but this turned out to be rather non-spectacular. Instead, what gripped me that morning was a cover story, bearing the following headline:

Road Rage May Be a Mental Illness, Study Suggests

“Road Rage May be a Mental Illness, Study Suggests” – “To you, that angry, horn-blasting tailgater is suffering from road rage. Doctors have another name for it – intermittent explosive disorder – and a new study suggests that it is far more common than generally realized, affecting as many as 16 million Americans.” The findings were released this past Monday in the June issue of the Archives of General Psychiatry. Dr. Emil Coccaro, the chairman of psychiatry at the University of Chicago’s medical school, who said: “People think it’s bad behavior [road rage] and that you just need an attitude adjustment, but what they don’t know…is that there’s a biology and cognitive science to this…”

Intermittent Explosive Disorder? I nearly spewed my McDonalds coffee for reasons other than my sharp disdain for McDonalds coffee (which would be a first). As one who lived in Southern California since my youth, where road rage is a common occurrence, I couldn’t believe my eyes. There in my hands was an article that revealed a very serious attempt to excuse criminal activity by means of more psychobabel. I can just see it now – a road-rage perp offering up the following defense for his actions: “Hey I’m sorry I riddled that car with bullets – I’ve been diagnosed with Intermittent Explosive Disorder (IED), and I forgot to take my medication that morning…whoa!” What Dr. Coccaro’s calls “intermittent explosive disorder” is in fact called “total depravity” by the Bible, and the Lord’s standards of justice will never bow and pay homage to the pharmacies and medications of men.

But I must say that the article, though disturbing, was actually a providential blessing. You see, I had been considering for some time how it is that we humans tend to excuse ourselves in our sin – establishing various reasons for why we violate God’s commands, rather than taking personal responsibility for our actions. In the modern day men are not deemed sinful, instead their “disfunctions” are the product of their poor childhoods, circumstances in life 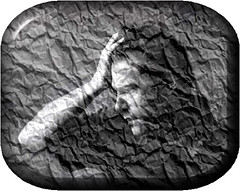 or even their biology. According to the systems of thought today, God’s final judgment of mankind will be accompanied by a host of professional psychologists and psychiatrists who will be there to testify on behalf of every member of the human race as to why it is that they are innocent of their actions by reason of their various victimizations. In the world of modern “wisdom,” there is no hell because…

“all are victims and deserve the recovery of God” Psych. 3:23.

In mentioning all of this we must recognize that what Dr. Coccaro is advocating is rather extreme. But we cannot forget that all this hits closer to home than we may realize. Even as Christians, we have this same weakness of looking to justify our sins when we commit them. And how often do we meet Christians who have become infected with the errors of psychology – who will excuse their timidity, depression, anxiety and even anger based upon their circumstances, their childhood experiences. or some other thing or person. Especially in our culture of depression, it is not uncommon to hear Christians speak very protectively of their right to be depressed for various reasons; and yet how contrary this is to the simple teachings of Scripture. In particular, consider the remaining 7 summary commands issued by the Apostle Paul to the church at Philippi:

Does this mean that believers will never struggle with feelings of anger, sadness and anxiety? Of course not! We all struggle with these, and even more; and will do so until glory, but thanks be to the Lord for His sufficient grace which causes us to stand (1 Peter 5:12) and to grow in all aspects of the Christian life, 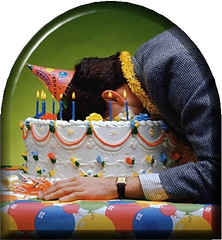 for He who began a good work in us will continue to complete it until the day of Christ Jesus (Phil. 1:6)! As believers, we have every reason to celebrate life in this world, even amidst our trials (Phil. 1:29), because we exist and subsist as the citizens of heaven (Phil 3:20). Having been forgiven of all our wretched sins by the precious blood of the Lamb, and having been covered with His perfect righteousness (Phil. 3:2-19), we now have every reason to rejoice (Phil. 3:1), and rejoice (Phil. 4:4a) and again rejoice (Phil. 4:4b). But should we try to excuse ourselves from living in the joy of the Lord (John 17:13), then we become complicit with the foolishness of a man like Dr. Coccaro while we try to hide ourselves from the joy of a salvation that is worthy of our continual celebration.