Do Not Be Surprised: the Hatred of Perez Hilton 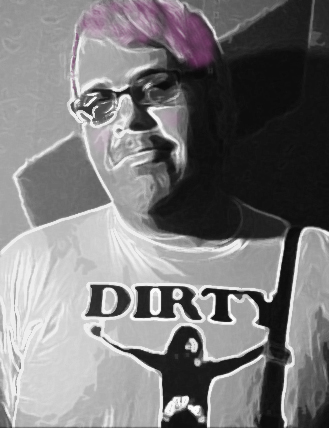 When we think of God’s commandments our thoughts tend to be drawn to those concrete instructions which deal with our external relations with others: do not steal, do not lie, do not bear false witness, do not kill etc.  But there are also commandments which deal with our internal thoughts and intentions, and these are no less important.  After all, a man who is innocent of the physical act of adultery may still be guilty of spiritual infidelity via his unfaithful heart and mind (Matt. 5:27-28).  With this simple premise in mind, allow me to remind the reader of yet another commandment which offers a rebuke to those who have allowed themselves to wane in their mental discernment:

It is too often the case that passages of Scripture are read without noticing the important details therein.  Thus we should note that the words “do not be surprised” represent just two words in the Greek – me thaumazete – the imperatival construct being translated literally as: “you must not be surprised!”  I have placed the exclamation mark at the end in order to remind the reader that, as an imperatival construct, this statement must be understood to be a command rather than a quaint suggestion.   John is literally commanding his readers that they must never be surprised (thaumazete) when the world dishes out its venomous hatred against the followers of Christ.  Because of this, we can know that if we are ever surprised then we are simply evidencing our naivete and forgetfulness of what Christ Himself declared:

John 16:33 In the world you have tribulation…

Representing, evincing, and communicating Christ (which is the definition of a true Christian) will beget much in the way of tribulation, hatred, and hostility from those who disdain the Lord Himself.  As Christians, we must make sure that we are never the source of offense through sin; and yet we must also remember that sometimes the most gracious presentations of truth can be met with the hottest hostility.  When such hostility occurs then the true believer must not be surprised, for the simple reason that – worldly people act in worldly ways.

I mention all of this in view of the recent debacle concerning the recent Miss USA pageant.  Even though I don’t watch or support such programs, it has been impossible to avoid the subject in recent days.  The grand controversy swells around a judge’s question (Perez Hilton) for the contestant from California – Carrie Prejean:

Hilton:  “Vermont recently became the 4th state to legalize same sex marriage (background applause) do you think every state should follow suit?  Why, or why not?”

Now I know nothing about Miss Prejean herself, and will not attempt to decipher questions about her profession of faith, however it is enough to say that her above response was tepid at best.  One could hardly charge her with being firm, rough, or inappropriate with her questioner, and yet following the contest (which she did not win) Hilton (who is openly gay) proceeded to lambaste her on his website for offering her…personal opinion.  This he did despite the fact that in his original question, he asked “…do you think..”; which most English-speaking earthlings would comprehend as a query for someone’s personal opinion.

Yes, that’s right: he actually got what he asked for, but became angry anyway.

Hilton’s webcam invectives were disgusting and revealed a childishness that has become popular, even encouraged, in our Internet/Reality-TV culture of today.  Yet despite his dark behavior, Hilton has been paraded about as a champion of a superior cause.  And as disturbing as this all is, we find that others are digging desperately to find a new low in their disdain for the supporters of traditional marriage:

Mr. Duncan (Libertarian MP) may think that it is funny to joke about murdering someone for opposing homosexual marriage, but I wonder if he would still be laughing if the same favor were returned to him.  Had a heterosexual man or woman spewed such a thing about a supporter of homosexuality, the mainstream media would do all that it could to set the world on fire in its defensive rage.  But please note this:

No Christian should be surprised by any of this.

Perez Hilton is just one person, but he represents an entire generation of youth who have been raised by the ill-fated philosophies that gush out of the cesspool of the entertainment industry on a daily basis.  There are many people today, like Hilton, who desire a society that is genderless, lawless, licentious, and Christless – and they won’t stop until they create such a beast.  In many respects, people like Perez Hilton are simply fulfilling Scripture (2 Timothy 3:1-4) along with the promise that, in this ancient world, nothing is substantially new (Ecc. 1:10).  I say that nothing is new because Christian persecutions of the past always began through the instrumentality of hatred and systematic dehumanization.  During the Neronian persecutions, Christians were portrayed as “haters of humanity” for the following reason: Christians could not, in good conscience, pay homage to the countless Roman and Greek deities, and therefore they were characterized as those who opposed the common good of society because most Romans believed that sacrifices offered to the gods were needful in order to receive an abundant harvest every year.  Thus, by failing to offer the prescribed sacrifices, Christians were reputed as those who opposed productive harvests and therefore Roman society itself.  From all of this it is easy to see that the dehumanization, hatred, and vitriol that was directed towards the 1st century Christian community became the perverted grounds for their massive, systematic murder.

Perez Hilton is no statistical aberration, whether by the standards of human history, or by the recent accounting of America’s degrading culture.  Ultimately, our nation has been busy producing Perez Hiltons en masse through the following means:

Effeminate Men:  Many young men today have never had real male role models in their lives.  In a society that has been almost totally emasculated, many men today grow up with no real notions of biblical masculinity.  From this vacuous condition, we often find an increase in the number of effeminate and homosexual men arising within society.

The Abandonment of Motherhood:  The role of motherhood is another casualty in our emasculated and feminized culture today.  Children are rarely nurtured in the home by the leadership of a father, and by the tender nurture of a mother.  The end result is that many young women and men grow up without the slightest concept of this ancient institution called marriage.

A World Without Truth:  In a world where there are no perceived absolutes, save the absolutes of one’s personal opinion, there can be no actual foundation of truth whatsoever.  The subjectivism of our culture has made it so that the group who screams the loudest wins.  What they win isn’t the battle over absolute truth, rather they win the contest of self-protection amidst the larger scheme of political correctness.  Sometimes screaming leads to violence – but this doesn’t matter, just so long as you are on the correct side of the politically correct fence.

As to this latter point, Miss Prejean’s personal opinion doesn’t even matter in the final, authoritative analysis.  I would rather direct Mr. Hilton to the actual object of his hatred by referring to Christ who was also asked about the nature of marriage:

Matthew 19:4-6: 4 And He answered and said, “Have you not read that He who created them from the beginning made them male and female, 5 and said, ‘For this reason a man shall leave his father and mother and be joined to his wife, and the two shall become one flesh’? 6 “So they are no longer two, but one flesh. What therefore God has joined together, let no man separate.”

Perez Hilton may not like Miss Prejean’s opinion, or even her right to express it, but in the final analysis he will have to appear before the judgment seat of the Creator, Who made all things including marriage.

When that day comes I can assure you that the Lord will entertain no appeals when His final judgment is rendered.