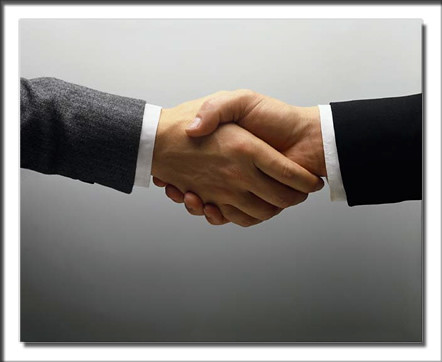 We are often told in the media, and by nearly all government officials, that true Islam is best represented by those who call themselves moderate Muslims. Whenever I hear such pontifications, I can’t help but to think about how odd it would be for a genuine Christian to go around calling himself a moderate Christian. OED defines a moderate as being one who avoids extremes – no surprise there. But when you think about it, the idea of religious moderation is most often associated with a lukewarm liberalism. You know, that warm and gooey substance that lies between sound doctrine and rank heresy. In my lexicon, if a person calls himself a “moderate” anything, what he is really saying is: “I don’t take my ‘religion’ too seriously.” In the case of the “moderate” Muslim, what they are really saying is that they do not fully accept the literal teachings of Mohammed. When you listen to such moderates speak about the Koran, they will quickly redact very clear texts which call for Muslims to slay infidels for the sake of Islam. They will complain that those who disagree with their twisted interpretations are just ignorant of Islam, and that their critics simply do not understand. And yet it is these same “moderates” who are suspiciously silent in the wake of violent acts that are committed in the name of Allah throughout the world. For example the Islamic courts in Somalia ruled on Wednesday that the inhabitants of Mogadishu are required to pray 5 times a day, and those who do not comply will be beheaded in accordance with Islamic law. Ironically, here in America, the so-called moderate group called the Council on American Islamic Relations has heralded the Islamic takeover of Somalia as a positive change.

So much for moderation.

The doublespeak of such organizations should remind us that the “moderate Muslim” is in fact a contradiction to the example and doctrine of Mohammed himself. But honest expressions of Islam are often debunked as being extremist rhetoric. Take for example Iran’s president Mahmoud Ahmadinejad. He recently delivered an Islamic call to western nations, to either convert or die. At least the man is honest:

“Rest assured that if you do not respond to the divine call, you will die soon and vanish from the face of the earth.”

And he is consistent with Islamic doctrine:

Surah 2:191. And slay them wherever ye catch them, and turn them out from where they have Turned you out; for tumult and oppression are worse than slaughter; but fight them not at the Sacred Mosque, unless they (first) fight you there; but if they fight you, slay them. Such is the reward of those who suppress faith.

Those who suppress the faith of Islam are those who actively reject Allah. Therefore, any person who opposes Islam is seen as an aggressor who must be rewarded with slaughter. Thus, the “infidels” of this world will always be fair game in the Islamic war of Jihad – until the world is conquered for Allah (as they believe). It is the honest Muslim who calls for such warfare. The disingenuous “Muslim” calls for peace with the infidels, in opposition to the mandate of Mohammed. But many people would rather give their listening ear to the “moderate Muslim” because they prefer the message that they hear. It is probably due to a hopeful naivete – a wishful thinking that makes the world seem nicer than it really is.

Much like the appeal of moderate Islam, we find that many in our day prefer moderate Christianity (Liberalism) – which is a refuge for those who seek a nicer, non-judgmental Jesus; a Jesus who loves everyone and condemns nobody. People like moderate Christianity because it makes their sin seem nicer than it really is. As Christians, may we never be known as insipid, moderate Christians. Let us instead be zealous warriors for Christ – wielding not physical swords in a fleshly battle, but wielding the Sword of the Spirit, which is the Word of God, in order to advance the Gospel of Peace.