Posted on January 24, 2007 by miykaeljb
Proclaiming the Gospel in the Wasteland
of America’s Religious Culture 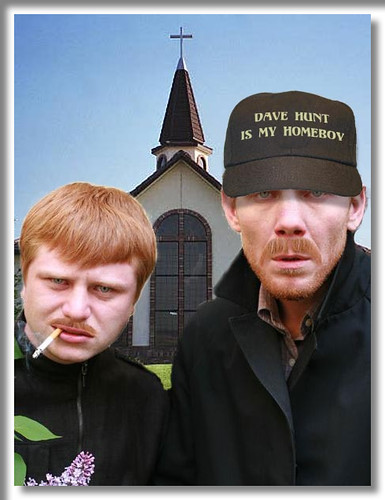 In the last post (America’s Altar to the Unknown Jesus) I addressed the need that we all have to proclaim the Gospel with some awareness of the people with whom we speak. Especially if they have been polluted with years of bad religious teaching, we may have to take the time to deconstruct some of their misunderstandings about the very terms of the Gospel.

For example, if I am speaking to a Catholic, I realize that by mentioning the concept of the forgiveness of sin, my Catholic listener will most likely impose thoughts of a human “priestly” intercession, penance, the sacraments along with certain prayers and incantations that have been prescribed by the Roman Catholic church. With such a person as this, I will be inclined to emphasize (among other things) the uniqueness of Christ’s role as Savior and Priest (Heb. 3:1).

If I am speaking to someone who comes from a works-righteousness background (of any kind), I will invest more time speaking about our inability to save ourselves – “by the works of the law, no flesh shall be justified” Galatians 2:16.

Broadening our circle of error further – If I am speaking to a Muslim, my mention of the name of Jesus Christ will call to his mind the image of a good man, a godly prophet and a wise teacher – a mere mortal who is no more than a “prophet of Allah.” With such a person as this, it will be important to clarify the person and work of the Lord Jesus Christ – yes, He is a godly prophet – but He is so much more!

And out there in the farthest reaches of the epistemological universe where, let’s say, I’m speaking to a California “Valley Dude” whose religion is nature, surfing and vanilla lattes – then I will have to begin at the beginning, informing him of the fact that the sovereign Creator of the Universe is returning to judge the living and the dead…Dude! 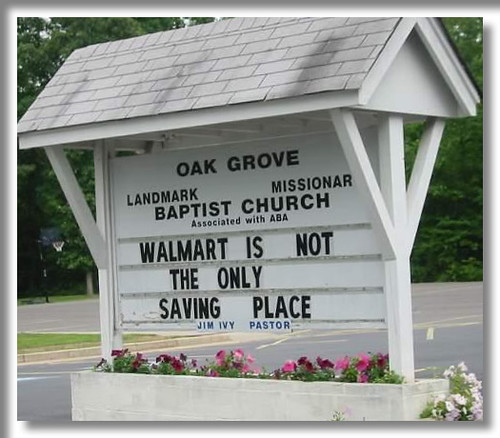 Our culture is such a melting pot of bad thinking that it is impossible to maneuver through all of the nuances of corrupt theology out there, and those who pay too much attention to the cultural settings of evangelism often commit the error of actually catering to the culture, rather than confronting it. Thus, there is a very tender balance to be observed here. On the one hand those who engage in a kind of mechanized Gospel preaching commit the error of just lobbing out out the Gospel into the world without much thought or concern as to whether people are understanding (and believing) what they have heard. Decades of such preaching and questionable conversions have left a barren wasteland that loudly illustrates this corruption. On the other hand there are those whose preoccupation with cultural sensitivity has overtaken them to the point that they cater to the opinions and preferences of men – thus these individuals produce a compromised Gospel message that is powerless to save anybody. Somewhere between these two extremes lies the biblical middle – one which leads us to compassion when speaking to the lost sinner; but one that also reminds us that it is not our presentation that saves people – it is the Lord who redeems sinners through His powerful Word (Romans 1:16). 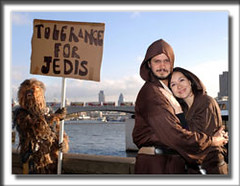 In our eclectic and religious culture, we must remember that much of our Gospel proclamation will have to include an admixture of the Gospel approaches that we see in Holy Writ. Sometimes we will be able to speak to people without having to say a word about the Bible’s authority as sacred Scripture. At other times, we will have to labor patiently with those who have no idea why we would bother quoting from what they see as an old, musty book. Like Paul in Athens, we will need to be prepared to confront the culture with wisdom and with an absolute confidence in God’s providence in salvation. What Paul does in Athens is (I believe) highly relevant to our American culture. In many ways, the modern American is like the ancient Athenian: he is religiously pluralistic, very ethnocentric, fairly well educated and extremely prideful. I am convinced that it is because of this very context that Paul entered into his presentation of the Gospel only after he spent some time demolishing some of the strongholds of their bad thinking (2 Cor. 10:5):

Acts 17:25: “He is not served by human hands, as though He needed anything…” – In the Greek/Roman mindset the gods were somewhat needy beings, in that they were thought to be (to some extent) sustained by the temples and the sacrifices that were offered (Varro, speaking with a tone of sarcasm once said: “I am afraid that some gods may perish simply from neglect.”).

Acts 17:28 “…for in Him we live and move and exist, as even some of your own poets have said, ‘For we also are His children.’” Paul appealed to their love for philosophy in order to demonstrate God’s common grace (Romans 1:18-19), and their culpability for what they knew: Or as Calvin says about this verse: “Certain of your poets. He citeth half a verse out of Aratus, not so much for authority’s sake, as that he may make the men of Athens ashamed; for such sayings of the poets came from no other fountain save only from nature and common reason. Neither is it any marvel if Paul, who spake unto men who were infidels and ignorant of true godliness, do use the testimony of a poet, wherein was extant a confession of that knowledge which is naturally engraven in men’s minds.”

Acts 17:30: 30 “Therefore having overlooked the times of ignorance, God is now declaring to men that all people everywhere should repent…” The Athenians were very proud of their history – culturally, philosophically and religiously. In history, they 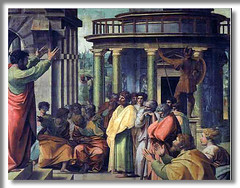 were the proud conquerors of the world, and all this Paul calls “a time of ignorance.”

Without a right understanding of Greek culture and history, some may conclude that Paul isn’t saying much in this sermon. But in reality he is saying a great deal here – most of it having to do with his convictions in 2 Corinthians 10:5 as well as 1 Corinthians 1:18-25: he would often approach the Gospel by means of a didactic process which included the tearing down of much of the anti-Gospel thinking of his audience. As I mentioned in the last post, what Paul does in Acts 17 is very different than when he preached in the synagogue in Antioch in Acts 13. Here, he quotes no OT Scriptures, but summarizes their teaching. He spends a great deal of time destroying speculations (logismous – human reason) in order to herald the Lord’s singular right and authority to “judge the world in righteousness through a Man.” In many respects, we could call Paul’s message here a kind of Gospel primer.

What we should learn from this is that we need to avoid the extremes of either a mechanized Gospel, or a watered down (compromised) Gospel. We ought to consider our audience, but not at the expense of proclaiming the risen Christ who died for our sins. We don’t have the wisdom to anticipate in advance what we should say in any given situation – thus we need the wisdom and leading of the Holy Spirit when we speak to the lost about the Savior, praying that God, in His sovereign power, pleasure, and providence, might save those with whom we speak.