Well, that was a long vacation. It was simple and it included absolutely no posting at The Armoury (and barely any contact with a computer at all). But not only this – our vacation time even

Anyway, it was good to get a break and to have extended times together as a family – doing simple things and having some great discussions together. 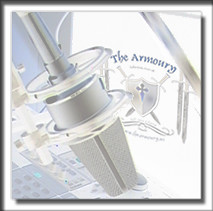 Now, as for the title of this post. I have decided to develop a series of posts that deal with Christan hymnody, along with the subject of digital recording. And why the two together? Here’s why:

My dealings with digital recording goes back to 7 years ago. We were in Minnesota at the time and I had been investigating ways to teach our members the many new songs that were in our recently purchased hymnals. I say that they were “new” – actually these hymns were quite old, but they are so unknown in our generation that they often appear to be new. Sandra and I began recording these old hymns and would supply them to others in order to speed up the learning process (most of our members could not read music and so an audio product expedited this process a great deal). This then sparked an interest in others to offer their help, and before we knew it we had a few choral groups making these recordings for the sake of the rest of the flock. This wasn’t a fancy “gig” by any means. The music wasn’t something to publish in the open market – we weren’t a polished choir ready to go on tour. Ultimately, it was a very simple ministry tool that was created for the sake of our flock in order to equip them with a sound hymnody. I only had the time to produce about 25 songs before I had to call it quits (for various reasons). Overall, the experience was quite interesting. I invested a good amount of time and energy in order to learn about digital recording because I was driven by this desire to help others to discover and learn many of the forgotten hymns of the past. Ever since then, I have kept up what has become a small home studio, and we continue to use it in a similar way at Pilgrim Bible Church – though on a much lighter scale. At times I had considered posting some of these songs at The Armoury as a kind of series – an audio series; however, I decided that the scope of posts relating to hymns, digital hardware & software would warrant more than just a series – therefore, I’ve decided to establish The Armoury’s Studio with the design of presenting new hymns (text and audio), some audio hardware and software reviews. This latter category will be a rarity, but as it turns out I am presently testing Cakewalk’s newest audio processor Sonar 6 and hope to have a brief review of this before the month is out. I will try this out for a while. I may choose to nest these posts inside of The Armoury someday, but for now I’ll see how things go. For now, I’ll begin with a simple post which includes the audio Gospel presentation, called: The Story of Amazing Grace. This presents the story of John Newton’s conversion and was created by using the full arsenal of our recording gear – including a Godin Steel Synth Acoustic guitar and a GR-33 guitar synthesizer (which I no longer needed and no longer have).

If you don’t see a wma player above, then click on this link.

P.S. Ironically, there is a professional studio called “Armoury Studio” – but this similarity is not intentional. What I have and do is not to be compared to their operation. Armoury Studio is full blown industry recording studio – and I can assure you that their music genres and business associations are worlds apart from our ministry focus. But it’s interesting and ironic anyway!