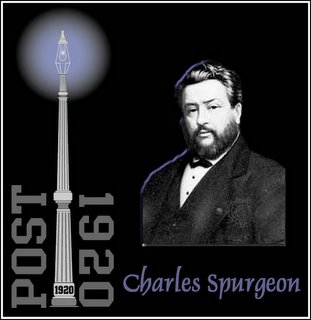 The past several centuries have yielded no small amount of controversy when it comes to discussions about the Bible and science. More recently, the onslaught of Darwinian evolution has effectively steam rolled many into the belief that only secular science can provide the needed answers concerning the origin and destiny of mankind. As a result of this the prevailing view of our secular culture has evolved remarkably, such that most will assume that the Bible has nothing important to say about the Universe in which we live, or that the book of Genesis has little to offer concerning the creation of the cosmos. And yet this view can be traced even further back, before the days of Charles Darwin. The history of this epistemological downgrade takes us back to the days of that Italian astronomer by the name of Galileo Galilei. The story of Galileo is one of the most celebrated Worthy art Thou, our Lord and our God, to receive glory and honor and power; for Thou didst create all things, and because of Thy will they existed, and were createdones in secular science, heralded as being that moment when science was declared the victor over the Word of God. But what is so often misunderstood regarding this oft repeated tale, is that the Roman Catholic church never successfully introduced a Scriptural argument against the Italian astronomer! Rather, their opposition to him was grounded in the philosophical writings of Thomas Aquinas (1225-1274):

“According to Ptolemy the heavenly luminaries are not fixed in the spheres, but have their own movement distinct from the movement of the spheres. Wherefore Chrysostom says (Hom. vi in Gen.) that He is said to have set them in the firmament, not because He fixed them there immovably, but because He bade them to be there, even as He placed man in Paradise, to be there. In the opinion of Aristotle, however, the stars are fixed in their orbits, and in reality have no other movement but that of the spheres; and yet our senses perceive the movement of the luminaries and not that of the spheres (De Coel. ii, text. 43).”

When Galileo presented his observations he found himself confronted by a religious system that had long before committed itself to the exaltation of human reason over Scripture. Therefore, the principal arguments of the Roman Catholic religious system had very little to do with the Bible, and was much more associated with Greek philosophy: like that of Ptolemy and Aristotle. What is most unfortunate about this great legend of secular science is that it presents more myth than reality, for Galileo’s scientific observations did not oppose the true church, nor did he contradict the clear teachings of Scripture, rather his scientific observations stood in opposition to ancient Greek philosophy. However, despite this mammoth sized misunderstanding, the story of Galileo is the repeated battle cry of all those who would have the Bible removed forever from any and all scientific discussion.

But the believer’s response to these events should never take any form of retreat. While many have capitulated to human reason throughout history, this does not alter the Christian’s responsibility to proclaim the truth of God’s glory in Creation without hesitation – now and forevermore:

Revelation 4:9-11: 9 And when the living creatures give glory and honor and thanks to Him who sits on the throne, to Him who lives forever and ever, 10 the twenty-four elders will fall down before Him who sits on the throne, and will worship Him who lives forever and ever, and will cast their crowns before the throne, saying, 11 “Worthy art Thou, our Lord and our God, to receive glory and honor and power; for Thou didst create all things, and because of Thy will they existed, and were created.”

By the authority of Scripture alone, the truth of God’s absolute sovereignty is to be proclaimed without question. And the importance of this message cannot be missed, for only God has authority over all things for He is the author (Latin – auctor; Creator) of all that exists. This Latin word is the foundation of our English words authority, author and authorship. When we say that God has authority, we are acknowledging His office as the Creator and governor of all things. The implications of this truth are vast. When we speak of any authority we must recognize that God alone is the ultimate authority of all things.

How often do we hear from scientific authorities concerning the origin of the Universe, or of the origin of mankind. And yet the Scriptures begin with that most important presentation concerning God’s own authority over all as the Creator of the Heavens and the Earth: Genesis 1:1 “In the beginning God created the Heavens and the Earth.” Within the Creation account in the book of Genesis we have a clear declaration of God’s authority over all things: the Universe, all governing authorities, all powers, dominions and Earthly institutions. By His singular act of creation the Lord instantaneously displayed His wisdom, power and authority over all things through what had been made. And yet despite the Lord’s authority clearly revealed in His word, many have capitulated to the pressures of secular science, believing that such human philosophy offers legitimate answers to life’s most important questions.

This same pressure existed especially in the late Nineteenth century in the days of Charles Darwin and C. H. Spurgeon, both of whom were contemporaries of each other. Spurgeon was often pained to have to witness professing Evangelicals as they capitulated to the false teachings of evolutionary theory, whether theistic or otherwise. His godly disdain for such heresy was no hidden matter:

“If anyone wishes to know where the tadpole of Darwinism was hatched, we could point him to the pew of the old chapel in High Street, Shrewsbury, where Mr. Darwin, his father, and we believe his father’s father, received their religious training.”

The ferocity in which modern ideologies stormed the culture in Spurgeon’s day was like a whirlwind, and there were few voices which stood against the amalgamation of human philosophy and Biblical truth; but Spurgeon continued to stand by God’s unchanging truth:

If you were to try to think over this matter and imagine for a minute that the gospel really did shift and change with the times, it would be very extraordinary. See, here is the gospel for the first century; make a mark, and note how far it goes. Then there is a gospel for the second century; make another mark, but then remember that you must change the color to another shade. Either these people must have altered, or else a very different effect must have been produced in the same kind of minds. In eternity, when they all get to heaven by these nineteen gospels, in the nineteen centuries, there will be nineteen sets of people, and they will sing nineteen different songsdepend upon itand their music will not blend. Some will sing of “free grace and dying love,” while others will sing of “evolution.” What a discord it would be, and what a heaven it would be, too! I should decline to be a candidate for such a place. No, let me go where they praise Jesus Christ and him alone, singing, “Unto him that loved us, and washed us from our sins in his own blood, to him be glory and dominion for ever and ever. Amen.” That is what the firstcentury saints sing; ay, and it is what the saints of every century will sing, without any exception; and there will be no change in this song forever. The same results will flow from the same gospel till heaven and earth shall pass away, for Jesus Christ is “the same yesterday, and to day, and for ever.”[The Unchangeable Christ, On Thursday Evening, February 23, 1888].

It is indeed the challenge for every generation to embrace the unchanging truths of God’s Word amidst the shifting sands of human wisdom. The errors committed in Spurgeon’s day are no different than those in the days of Thomas Aquinas, Galileo or even today. The key lesson stands true throughout all generations: The disciples of Christ must herald God’s Word and not human reason.